It was an epic encounter in O'Connor Park 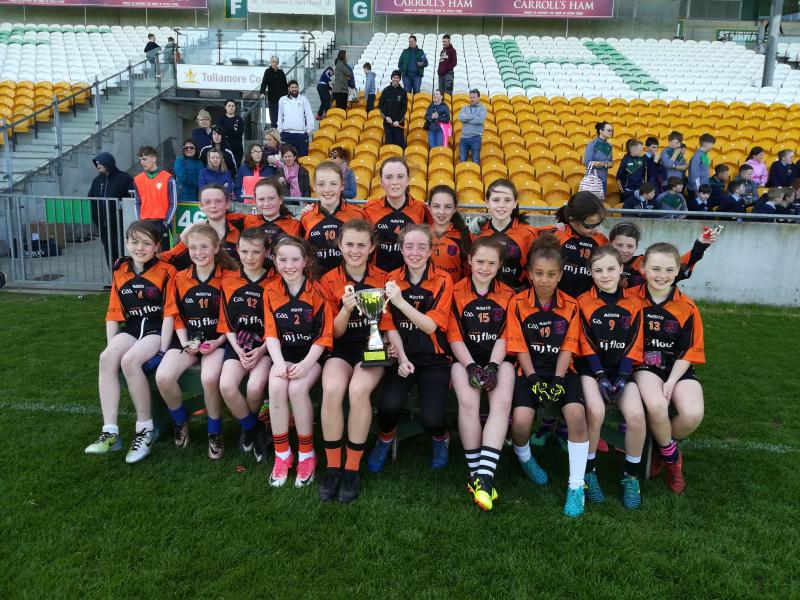 Tubber were quick to take control of this contest, primarily through Orla Ross as she put away a goal and two points inside 19 minutes. Despite the Tubber lead, Rhode were more than competitive and Ally Hynes worked hard to keep it an even game in midfield.

However, the scores just didn't come for the Scoil Mhuire Naofa team and just after the 20-minute mark, Hannah Doolan pointed to extend the Tubber lead to 1-3 to 0-0.

There was then agony for Rhode when Holly Leavy flashed a goal chance wide and seconds later, Orla Ross netted once again for Tubber. Holly Leavy did get a free for Rhode before half-time while Eva Fox finished off the first half scoring for Tubber. They led 2-4 to 0-1 at the interval.

Rhode started the second period on a mission and Holly Leavy and Izzy Hynes got the first scores of the half. Orla Ross, however, was still proving a game changer and she pointed again for Tubber four minutes into the second half.

Ally Hynes hit back for a spirited Rhode outfit but Aisling Murphy was in super form for Tubber in midfield, launching numerous attacks in the second period. Katie Doolan and Orla Ross made it 2-7 to 0-4 to Tubber on 32 minutes.

Rhode hit the next two through Ally Hynes and a Holly Leavy free as an unlikely comeback remained a possibility but Tubber responded brilliantly with Eva Fox scoring the point of the game from an impossible angle.

Ally Hynes got another for Scoil Mhuire Naofa before Tubber hit 1-3 without reply in the final ten minutes, including a super goal direct from a free for Hannah Doolan. Tubber ran out 3-11 to 0-7 winners after a more than enjoyable final.