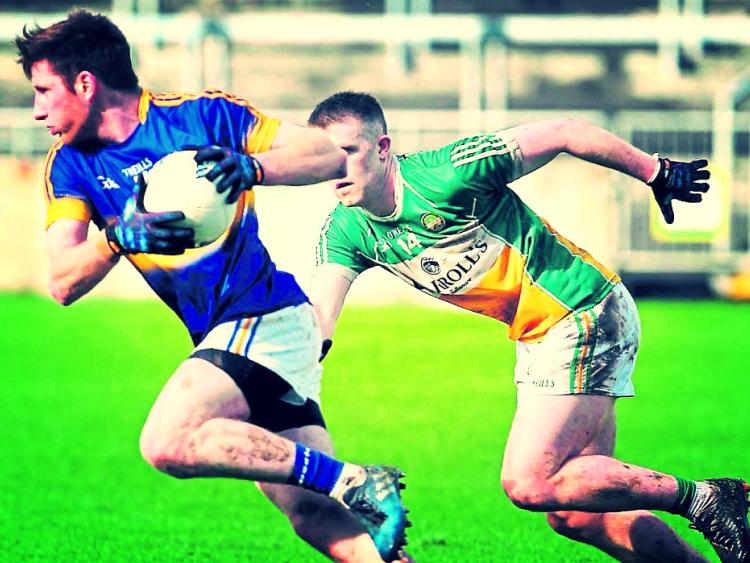 Seven players have joined up with the Offaly senior football panel after the sacking of Stephen Wallace last week.

It has emerged that Johnny Moloney has re-joined the panel after walking away under the Wallace set-up, while Brian Darby has come out of inter-county retirement to play under interim boss Paul Rouse.

The criticism levelled at the now axed Wallace was that he had lost the dressing room, although the panel had issued a letter last week suggesting they were willing to play on under the Kerry man.

Also taking part in training this week are Thomas Mooney, PJ Daly, Jamies Evans, James McPadden and Nigel Dunne, who never officially left the squad, but was not present at training last Wednesday when the player letter was formed and the manager issue came to a head.

Dunne had been taken off in the first half of the defeat to Wicklow, only to be brought back on after "having a sulk" at half-time. He later missed a penalty as the game went to extra-time and Offaly went down to a defeat to the basement team from Division 4.

There are further boosts on the way for the new short-term management team of Paul Rouse, John Rouse, Alan McNamee and Stephen Darby with Eoin Rigney expected back having sat exams this week, Eoin Carroll playing a part in a training match this week on the comeback trail from injury, and the likes of Peter Cunningham and Joey O'Connor also yet to return from injuries.

It has been reported from within the camp that "one or two" more players are expected to train when the team meets up again for a session on Thursday.

Offaly are now in preparation mode for their opening round qualifier tie due to be played on June 9. They will learn their opponents for that game in the Round 1 draw on Monday.