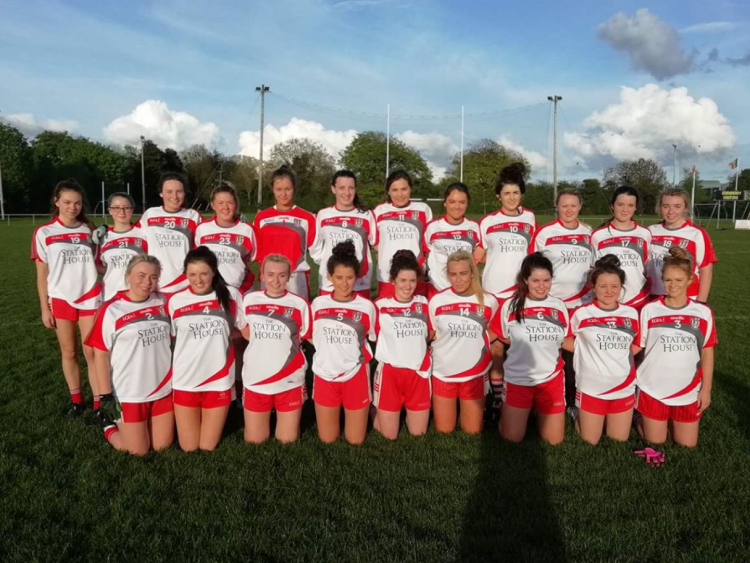 The Reds needed to muster 22 scores in a win over their local rivals to seal a final berth, a sizeable ask at the best of times.

To make things even more difficult, the first half did not go according to plan. They conceded two goals, put just 0-5 on the board and went in at half time trailing by 1-7 to 0-5.

They needed to overturn the deficit and collect 17 scores in order to reach the decider.

Unlike the first, the second half was a rip-roaring affair.

Molly Furey hit the back of the net early with a well taken goal and the points just continued to come for a possessed Edenderry outfit.

Angela Brady was firing on all cylinders and her cousin Ciara Brady, Rebecca McDonnell and Elisha Hunston all chipped in with scores.

Excellent direct running by Emer Lawless was causing havoc in the Rhode defence. Tge village were simply shellshocked by the unrelenting march of the Reds.

Their defence was also excellent throughout and held Rhode to an overall score of 1-08.

Goalkeeper Tara Dunne was in excellent form and showed no nerves on her debut. Sarah Cummins and Nicole Farrelly kept the forwards supplied with plenty of quality ball and rhey just kept thw white flags coming.

When the final whistle sounded, Edenderry were 3-21 to 1-8 in front having racked up a second half tally of 3-16.

So, the question is, what was said in that Edenderry dressing room at half-time?