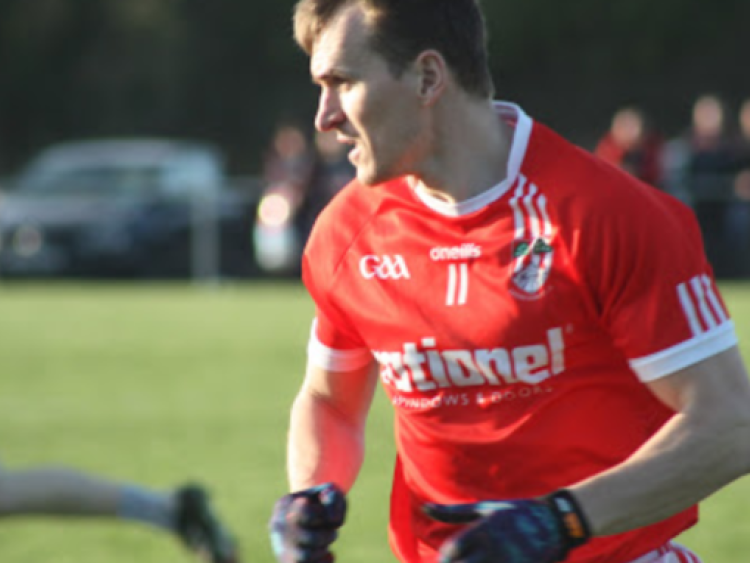 Edenderry and Rhode made it two wins from two in the second round of the Offaly Senior Football Championship on Wednesday evening, April 18.

Edenderry needed a couple of late goals to completely quell the challenge of Cappincur in Clonbullogue. The Reds looked in control at half-time with a 1-8 to 0-6 lead, but they couldn't shake off their plucky opponents.

After 15 minutes of the second half, Cappincur hit the front on a 1-9 to 1-8 scoreline, but experienced players like Richie Dalton and Stephen Guing soon got Edenderry back in action as youngsters Cian Farrell and Jordan Hayes picked up points.

Anton Sullivan and Niall McNamee were to the fore in the early scoring stakes as the village raced into a 0-5 to 0-0 lead after 13 minutes.

Pa Smith and Carl Stewart halted the scoring charge briefly but McNamee and Sullivan kept the scoreboard ticking enough to see Rhode lead on a 0-8 to 0-4 scoreline at half-time.

Rhode continued to kick themselves further in front in the second period as points from the likes of Ross Brady seemed in vein, especially when Darren Garry raised a green flag after 46 minutes.

That goal put Rhode into a nine-point lead, effectively ending the game as a contest, and if there was any doubt about that, Offaly star Conor McNamee firmly put it to bed when he found the net with less than ten minutes remaining.

Thomas Deehan got onto the scoresheet for Clara but the likes of Anton Sullivan tagged on late scores as Rhode secured a 2-15 to 0-9 victory, laying down a clear marker to the teams aiming to take their county crown in 2018.

On Thursday, Tullamore will be hot favourites to get back to winning ways as they play Senior A new boys Durrow in Clara at 7pm. Tullamore narrowly lost out to Edenderry in round 1 while Durrow received a rude awakening in a 6-13 to 0-8 loss to Ferbane.

That Ferbane firepower is also in action on Thursday evening as they play Gracefield in O'Connor Park at 7pm. Ferbane will be the favourites against a Gracefield side beaten on a 4-17 to 0-11 scoreline at the hands of Clara in the opening round of games.

Stay up to date with all the results on www.offalyexpress.ie.