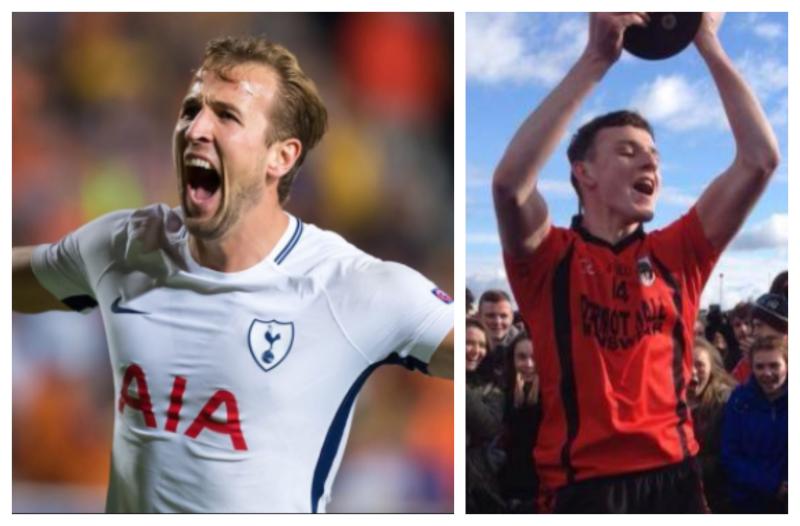 Edenderry GAA's official website has poked fun at Tottenham Hotspur striker Harry Kane in the best possible way with an article suggesting the England star has a bone to pick with club forward Cian Farrell over a contentious goal.

Farrell netted a crucial goal for the Reds in their opening day championship win over Tullamore at O'Connor Park last weekend, but now in the light-hearted post, the club suggest Harry Kane has come in to claim credit for the green flag.

In the article entitled, "Harry Kane adamant Cian Farrell's goal hit off his arse," they write, "Harry is adamant that Cian Farell's goal Saturday night v Tullamore took the slightest deflection off his rear end before beating Johnny McKeon in the Tullamore goals."

"A source close to the player told 'Edenderry GAA' website that while Kane acknowledges he doesn't play for either team, he was on the pitch at the time and without the graze off the cheek of his arse the ball never would have crossed the line," the spoof article continues. He'll appeal the decision to the Offaly County Board, apparently.

The article comes in the wake of Harry Kane being retrospectively awarded a goal against Stoke that was originally given to teammate Christian Eriksen. Kane claimed the goal as he tries to make up ground on Liverpool's Mo Salah in the race to be crowned the Premier League top scorer.

A source close to the England International said he's now turned his attention to the Offaly Senior Football Championship and the Cian Farrell goal in question. "He told me after the game that it definitely blew past him at 100mph but without him being in that personal space it never would have went in the way it did. Look, Harry's glad they won, but he deserves recognition for his contribution."

Apparently, Harry is a massive GAA fan, particularly an Edenderry GAA fan. "There is Irish blood coursing through his veins as his father Patrick hails from Galway," the article revealed.

"Sure wasn't he there in 1997 when Niall 'Golly' Comerford scored the injury time winner against Ferbane in the county final and I don't think anyone partied as much as Harry when Derek Kelly's rocket took the roof off Rhode's net in 2015," the article read.

"I thought we'd never get him outta Byrnes and back to London," the piece concluded.

You can read the whole piece here.