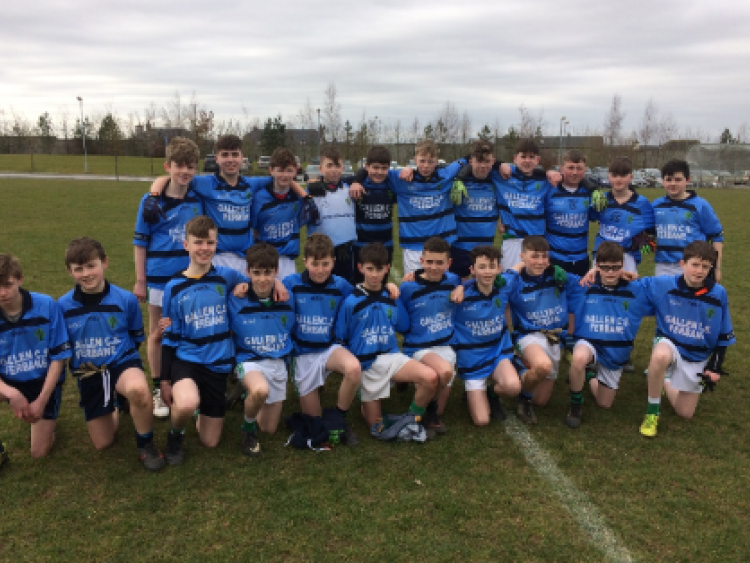 The first year footballers from Gallen Community School have shown the quality of footballer being produced in Ferbane remains high after a superb win over Granard in the North Leinster Football Championship.

Led by the scoring prowess of up-and-coming sharpshooter Conor Dunican at centre-forward, Gallen raced into a lead and held their opponents at bay for the entire game.

For the second game in a row, Dunican scored the first score and first goal of the game. The Gallen boys pushed on from this and a further 1-2 from Sean Flannery gave them a substantial 3-5 to 1-1 lead at half time.

Dunican was instrumental for the Ferbane school and grabbed another goal just after the restart, and adding further points from Sean Flannery, they pushed into an even greater lead.

Although grabbing a personal tally of 2-4, Sean Flannery was left scratching his head after hitting the crossbar four times in a stunning attacking performance.

Introduced at half-time, Eoin Tighe nabbed a well taken goal into the corner of the net, while Ronan Flynn finished scoring rout with one last green flag at the end of the tie.

Gallen CS now progress as group winners and await the runner up from the other group in the next round.