She has dedicated her life to her sport 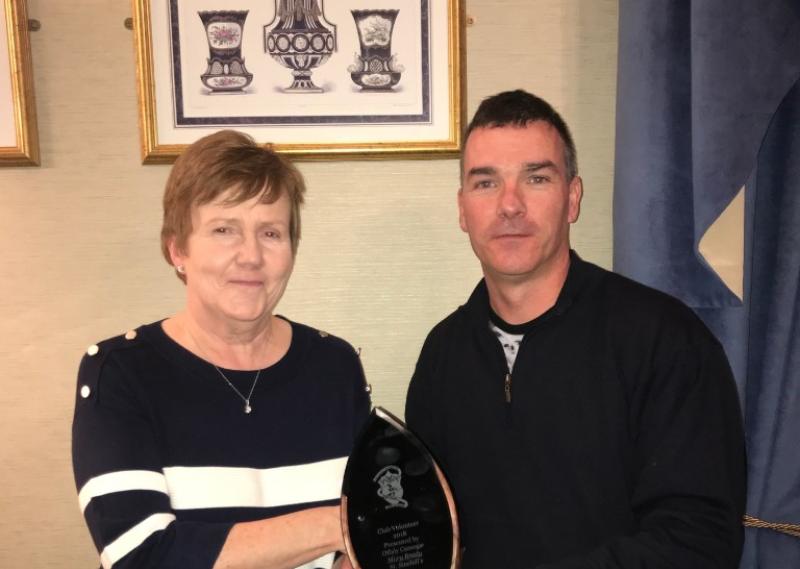 Mary Brady has been presented with her Volunteer of the Year award from Offaly Camogie.

Nominated by her club St. Sinchill’s, Mary has been a pillar of strength for her club. The Volunteer of the Year award is to acknowledge the huge effort put in by many people in clubs within each county during the year.

St. Sinchill’s Camogie Club was founded in 1997 and one of the key founding members of the club was Mary Brady. 2017 marked 20 years of the club and Mary is still a very active member of the committee and has been on the committee every year of the clubs existence holding numerous positions in the club throughout those years including secretary, registrar, delegate to county board and treasurer, which is the position she holds currently.

Mary has been longest standing in the role of treasurer and excels in the role of accounting and monitoring the finances of the club. Mary produces very detailed reports for the club’s AGM and always ensures the club is running financially well throughout the year. She has also successfully served as treasurer of Offaly Camogie County Board.

Mary has been dedicated to the development of this club since the clubs formation both being involved on the ground with teams and players, playing herself or behind the scenes with the day-to-day running of the club.

Mary has been involved in the organising of all fundraising initiatives over the years including cake sales, bag packs, Love2Run road races, table quizzes and raffles to name but a few. In 2016 Mary was part of the committee that helped organise and successfully run a summer camp for primary school boys and girls in Killeigh parish.

Mary has been involved with all age levels in the club at some point since the club's formation whether it being in an administrative role, selector, player or coach. Most recently she was a selector with the senior management and as well as that, would often be seen helping out with underage trainings on Saturday mornings and supporting and encouraging the youth of the club to enjoy and develop their camogie skills.

On underage blitz days or match days, Mary would often be in the field earlier than most to set up goalposts, put down flags, sweep out dressing rooms, do a gate collection, set up cones or after the match, take the jerseys home to give them a steep/ wash/iron/fold to be ready in tip top condition for the next day out for the club.

As well as her club, Mary has always been a keen supporter of Offaly camogie, her encouragement and dedication to the game is no more visible than in the fact that her three daughters have played for Offaly at various age levels over the years including Junior and Senior level.

Between them they have numerous Leinster titles, 7 all-Ireland titles, a soaring star and 2 nominations for an all star. Undoubtedly, Mary passed her love for the game on to her daughters, she spent many years encouraging, supporting, dropping and collecting them, as well as other club members, to Offaly training and matches. It would be commonly known in her workplace that once Summer time hits Mary would need Saturdays off to travel far and wide to support her club and county.

"It is difficult to put into words the important role Mary Brady has played and currently plays in the running and development of St. Sinchill’s camogie club. Members young and old, past and present associate Mary with St. Sinchill’s camogie club.
We as a club can vouch for the dedication, support and commitment Mary has contributed to her club, her county and the game of camogie," a statement read.