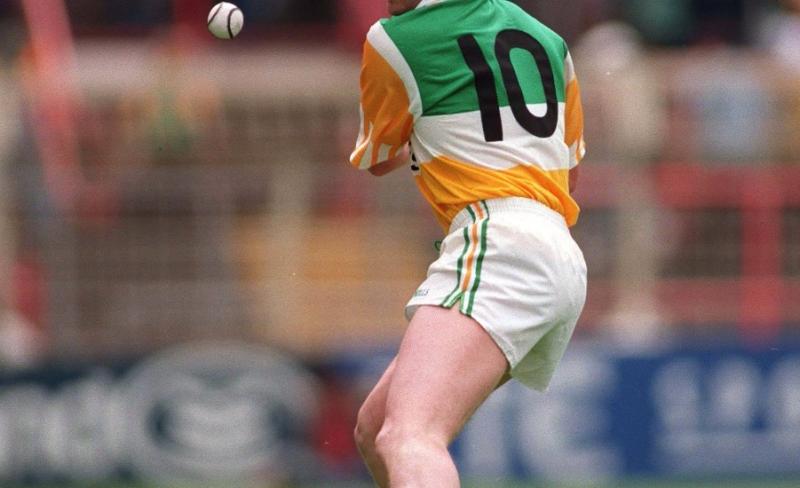 In the wake of Kildare champions Moorefield's remarkable comeback win over St. Loman's in Sunday's Leinster Senior Club Football final, an Offaly hurling legend has been recalling his playing days in the short grass county.

Having won two All-Ireland hurling titles with Offaly, and earning himself an All-Star award, Michael Duignan played in the Kildare club football championship.

On Sunday, Moorefield managed to win the Leinster title, despite entering injury time five points in arrears to St. Loman's of Westmeath. Stalwart Ronan Sweeney was the goal-getting hero as the Newbridge club pulled off the impossible in Portlaoise.

Following the unlikely victory, and the heroics of 37-year-old Sweeney, Duignan recalled his foray into the Kildare football championship on Twitter.

In 2001 I played 1 yrs senior football in Kildare with @RaheensGAA. My great friend David Malone & I played midfield and we got to the County semi where @MoorefieldGaa beat us. @Roli100 was brilliant that day & outstanding again today 16 years on, congrats Ronan.

Duignan transferred to the Raheens club in 2001, where the two-time All-Ireland hurling champion togged out in midfield alongside David Malone.

The pair were thwarted in their efforts to land a first Kildare title for Raheens in 20 years at the time when they came up against Sweeney and his Moorefield teammates in the championship semi-final.

The Lilywhite veteran replied to Duignan's memories on Twitter, by thanking him and remarking, "I still have the bruises from that day." We reckon they'd still produce an epic physical battle on the pitch.

We just need to get Roli hurling down in Offaly now!