Erin Rovers and Kilcormac-Killoughey in action 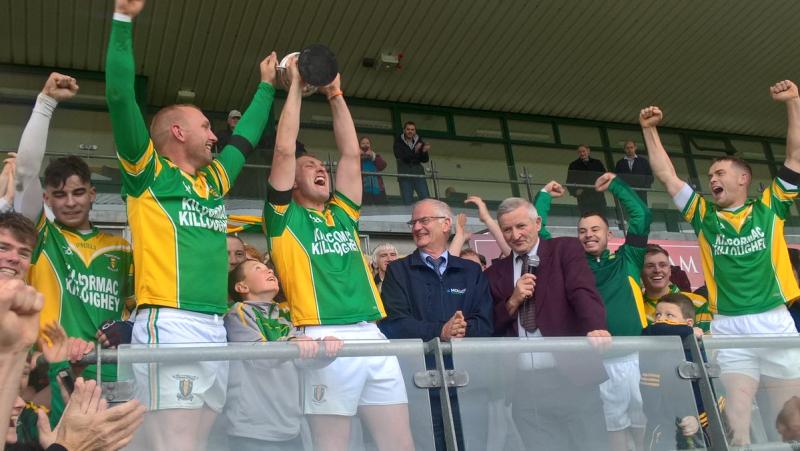 Offaly GAA will be well represented this weekend as the club Leinster championships reach the business end.

Certainly the bolters of 2017, Erin Rovers, will be first out as they face Multyfarnham of Westmeath in the Leinster Junior Football Final in TEG Cusack Park, Mullingar on Saturday, November 18.

They came through the Offaly championship strongly and showed good goal-getting ability against Ballymore Eustace and Meath Hill as they navigated the early knockout stages of Leinster.

They go into the final as odds-on favourites with the bookies but a home crowd in Westmeath may well even up the odds for Multyfarnham. Bracknagh went all the way last year as they beat Kilcullen at this stage, showing Offaly has a strong level of junior football.

Meanwhile on Sunday, Kilcormac/Killoughey will be in action at Bord Na Mona O'Connor Park when they take on Mount Leinster Rangers of Carlow in the Leinster Senior Club Championship semi-final.

KK returned to the top in Offaly this year, defeating St. Rynagh's in the decider, and easily accounted for the challenge of Castletown-Geoghegan in the Leinster QF.

Just like Erin Rovers, the bookies have priced KK up as the odds-on favourites and it will be a minor shock if they fail to reach their first final since 2015.

KK have good Leinster pedigree having won the title in 2013 and being finalists again just two years later. Cuala will be expected to come through the other semi-final at the weekend against St. Martin's of Wexford, setting up a potentially mouth-watering final clash.