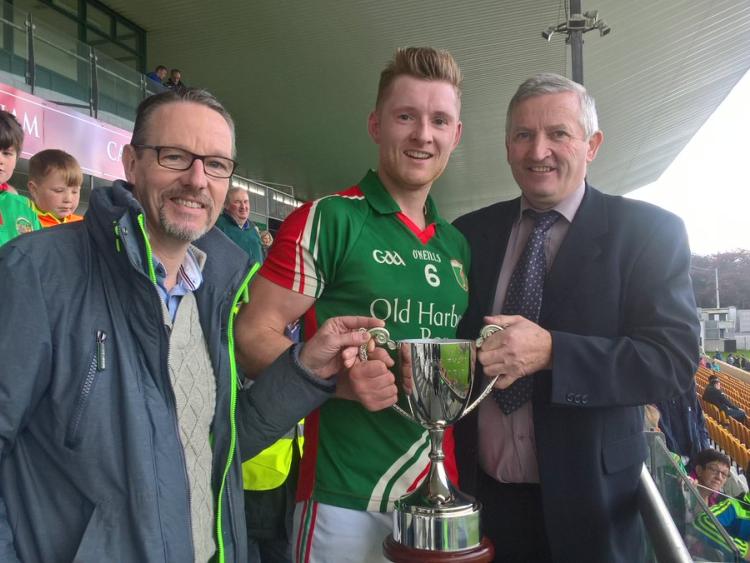 Durrow claimed the Tullamore Court Hotel Offaly Senior B Football Championship today in O'Connor Park with a 4-10 to 1-11 win over Bracknagh.

An early goal from Jack Fogarty gave them the lead and while it was close for much of the first-half, Durrow were never headed. They had opened up a 1-8 to 0-5 advantage approaching the break but a goal for Peter Cunningham got Bracknagh back into contention with just three between the sides at the interval.

However Bracknagh could not build on the momentum after the restart as two goals in a minute from Jack Fogarty just five minutes into the second-half put Durrow firmly in control.

Not content with a hat-trick, Fogarty hit a fourth goal midway through the half to put Durrow into a commanding 4-10 to 1-7 lead an effectively seal the game. Bracknagh did hit the last four scores of the game but the result was never in doubt as Durrow secured the title.

Earlier in the day in O'Connor Park, Shamrocks claimed the Minor B Football title with a 3-12 to 1-12 win over Kilcormac/Killoughey. The sides were locked at 1-5 apiece at the break but Kilcormac/Killoughey pulled away at the start of the second-half but goals proved crucial and Shamrocks scored two in a five minute spell to take control and they held on to secure the title.

Elsewhere Erin Rovers had an excellent win in the Leinster Junior Football Championship quarter-final. The Offaly side had a 0-10 to 0-4 lead at the break against Sean Connolly’s of Longford and they added another ten points after the break to secure a 0-20 to 2-9 win. You can read a full report here on the Offaly GAA Official website.

And this evening Belmont eventually overcame Belmont in the Junior A Hurling Championship by 3-15 to 2-15 after extra-time in the replay.