Offaly GAA Weekend Round Up 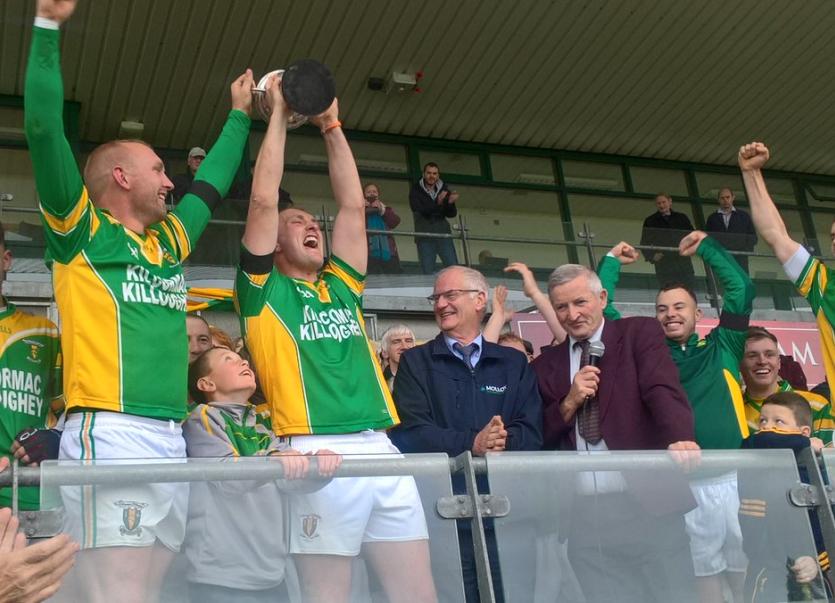 It was a busy weekend on the GAA front in Offaly with Championship Finals played across the codes.

The biggest game was the Senior Hurling Final this afternoon in O'Connor Park and it was very nearly the most dramatic.

Kilcormac/Killoughey eventually prevailed and reclaimed the title but they were pushed all the way by defending champions St Rynagh's.

Playing with the wind, Kilcormac/Killoughey led by 2-10 to 0-5 at the break and by as many as 12 points at one stage but St Rynagh's came storming back and got within two late in the game. However the late charge came up just short as Kilcormac/Killoughey hit the final point to seal a 2-16 to 1-16 win.

Earlier in the day, Ballinamere claimed the Intermediate Hurling title with a 0-16 to 2-5 win over Brosna Gaels. Ballinamere led 0-11 to 1-2 at the break and were never threatened in the second-half.

There was a brilliant double header in St Brendan's Park in Birr on Saturday as the Offaly Junior and Senior Camogie titles were decided.

History was made in the Senior Final as St Rynagh's claimed their first Senior title with a win over Shinrone who were going for three in a row. Two goals in quick succession in the first-half gave them breathing space and they were 2-8 to 0-5 ahead at the break. They went on to dominate the second-half and won on the impressive scoreline of 4-16 to 1-6.

Three Under 16 finals were also played this weekend.

The Under 16A Hurling Final was won by Shinrone by a single point over Kilcormac/Killoughey in Banagher on a scoreline of 2-13 to 0-18. The Under 16B Final was also played in Banagher and Shamrocks were comfortable winners by 2-13 to 1-7 over Drumcullen/Seir Kieran.

The U-16A Football Final was played earlier today and like the A Hurling Final, there was just a point in it at the finish with Tullamore coming out on top against Ferbane/Belmont by 3-7 to 1-12.