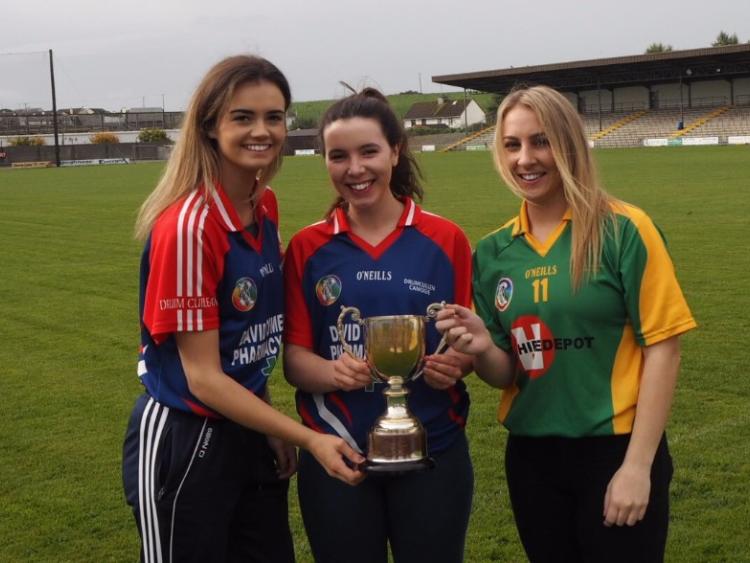 Lusmagh/Drumcullen face near neighbours Kilcormac/Killoughey in the first of the two HQPhysio.com finals on Saturday afternoon at 2:30pm.

Lusmagh/Drumcullen are on the hunt for their first ever junior title while KK are hoping to win back the Junior Cup for the first time since 2003.

Both teams come into the final on the back of very impressive semi-final wins. The double KKs defeated last year’s finalists St.Sinchill’s in the final group game by 4-19 to 1-10, and then defeated champions Naomh Brid with ease on a score line of 5-22 to 2-4 in their semi-final game.

Between these two games KK have amassed a colossal 9-41 in two games. Lusmagh/Drumcullen on the other hand also racked up 6-25 to St Sinchills ten points in their semi-final and received a walk-over from Naomh Brid in their final group game.

Kilcormac/Killoughey Captain Debbie Flynn noted that Lusmagh/Drumcullen have a good mix of experience and youth but that won’t phase her side come throw in. “We haven’t played Lusmagh/Drumcullen in two years in championship but we are under no illusions, any final is there to be won and were really looking forward to the day.”

Joint captains Ann Marie Guinan and Sorcha McGarry credited their managements work and players hard training so far but they were not complacent thinking ahead to the final. “We haven’t played Kilcormac/Killoughey this year but were expected a physical game, they have good Offaly players such as Triona McDonald and Debbie Flynn but they have plenty of underage girls doing great things for Offaly at Minor and U-16."

Debbie Flynn will be one to watch on the day no doubt but Ellen Hayden, Shauna Flynn and Sarah Guinan will also be KKs scoring threats.

Similar to St Rynagh’s, KK will be hoping to get the weekend off to a great start for their club as their male-counterparts take on St.Rynagh’s in the final on Sunday afternoon, while Lusmagh/Drumcullen aim for their first ever junior title.

You can read the preview for the Senior Final here