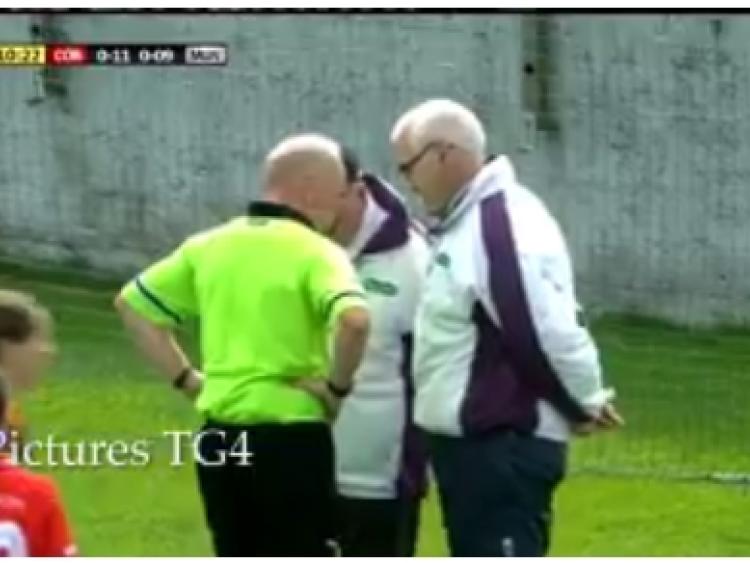 The referee consults with his umpires in Tullamore

A piece of GAA history was created in Tullamore yesterday when video technology was used to award a goal during the TG4 All-Ireland Ladies Senior Football Championship qualifier between Cork and Monaghan.

Ciara McAnespie scored a goal with eight minutes of normal time remaining when she smashed the ball off the underside of the crossbar and it crossed the line before bouncing out. However the goal was only awarded after being verified by the LGFA’s new score assistant.

The entire process took less than a minute with the officials coming to the correct decision. It wasn't enough for Monaghan however as Cork ultimately prevailed by a point, 0-14 to 1-10.