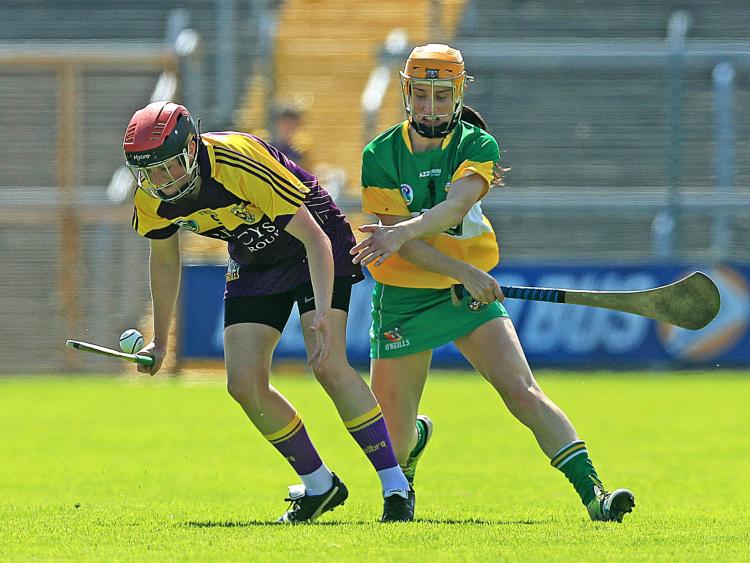 TIna Hannon in action against Wexford

Offaly Camogie is gearing up for a massive double header in St Brendan's Park this afternoon with the Junior and Senior teams both in action.

The first game throws in at 1.30pm when the Offaly Junior team take on Waterford in the Liberty Insurance Premier Junior Championship. Offaly lost their first game to Dublin and they will be hoping to bounce back against a Waterford side who have lost their opening two games.

That is followed by a crucial game in the Liberty Insurance Senior Championship when Offaly welcome Cork at 3.15pm.

Cork currently top the table with three wins from three games with Offaly currently second in the table with one win and one defeat from two games. Offaly opened their campaign with a win over Limerick before losing away to Wexford in their second encounter.

Offaly will be without the injured Lorraine Keena while Cork welcome back Julia White and Eimear O’Sullivan who both return from injury.