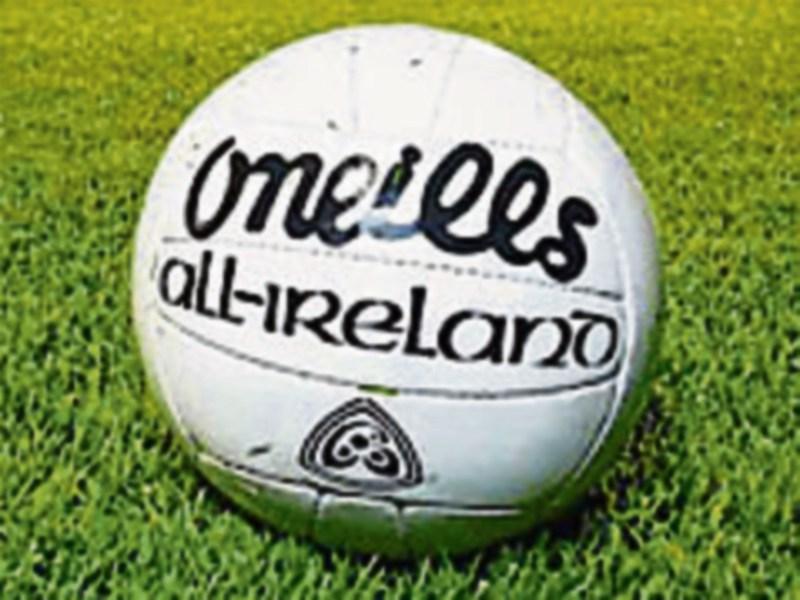 U14 A FOOTBALL CHAMPIONSHIP

Na Fianna U14 A Football Team put in a battling display in their Championship meeting with St Broughans last Monday week in Ballinagar but it was St Broughans who are bound for the All Ireland Feile as Offaly’s 1st representatives this weekend who lived up to their favourites tag as they claimed the win on a scoreline of 5-22 to to 4-06. St Broughans opened the scoring with 4 points to Na Fianna’s 1 before getting their first 2 goals on 10 mins before Na Fianna got their first goal on 13 mins when Joel Troy caught a high ball on the edge of the square before laying of to Diarmuid Finneran in the clear who blasted it to the net. Thereafter for the remainder of the half St Broughans added 1-04 as Na Fianna almost matched them scoring 1-03 with the goal finished by Ronan Daly and so at the break St Broughans held a 7 point advantage 3-08 to 2-04. In the second half St Broughans greater strength shone through as they added a further 2-14 to their tally but Na Fianna kept going taking their chances when presented as they scored 2-02 with the goals finished by Joel Troy and Alex Cuddy.

Na Fianna’s second U14 Football side are through to the first and hopefully not the last County Final of the year for the club as they claimed their place in the U14 C Championship Final for the second year in a row with a hard fought win over Ferbane/ Belmont in their final group match last Sunday morning in Ballinagar on a scoreline of 4-08 to 3-05 in what was a very energy sapping encounter in the blistering heat. Na Fianna were first off the mark with a point followed by the opening goal on 9 mins when a high ball was blocked down by the keeper who was surrounded by Aaron Gorman and Odhran Gorry and between them they knocked it to the net. Another point followed before Ferbane got off the mark on 20 mins when a 45 was blocked down by keeper Ciaran Coonan but rebounded to the net. The remainder of the half saw Na Fianna add 3 more point along with their second goal on 27 mins when Jack Cleary rounded 2 players before shooting from outside the square to the top right corner of the net with just a single point reply from Ferbane and so at the break Na Fianna held a 7 point advantage 2-05 to 1-01. Na Fianna increased their lead to 10 within 4 mins of the re-start when a fine individual effort saw him raise a green flag. Far from giving up this appeared to spur Ferbane into action as over the next 15 mins they responded with 2-03 to Na Fianna’s 2 points cutting the difference to just 3 points. The comeback was tharwted with 8 mins to go as another great individual run saw Jason Hanley strike his second and Na Fianna’s 4th goal. This is how it remained until stoppage time as both sides completed their tally with a point apiece.