Offaly on the brink of relegation after defeat to Tipperary Offaly are staring down the barrel of relegation to Division 3 after letting a six point lead slip at home to Tipperary on Sunday.
Just 933 paid in to O’Connor Park, for the game and or much of the game, the Offaly portion of that small crowd would have been happy with what they were seeing.

However all the good work that saw Offaly build a 2-9 to 1-6 lead went out the window as Tipperary outscored them by 1-9 to 0-2 to move to the top of the table while Offaly remained at the bottom of the pile.

Offaly are in a deep hole and will likely need at least three points, if not four, from their final two games (away to Sligo and at home to Laosi) to avoid dropping to Division 4 next year.

Offaly started the game with a reasonably strong breeze at their backs and after points from Graham Guilfoyle and Bernard Allen, Nigel Dunne scored a fortunate goal to leave Offaly 1-2 to 0-3 ahead early in the game.

Both sides were reduced to 14 men after 18 minutes when Tipperary’s George Hannigan and Offaly’s Michael Brazil were shown straight red cards.

A Seán Doyle point in the 22nd minute helped the home side into a 1-3 to 0-4 lead. The sides added a point apiece before Robbie Kiely found the back of the net to put Tipperary in front.

Offaly responded strongly and closed out the first half with points from Shane Nally, Nigel Dunne and Bernard Allen to lead 1-7 to 1-5 at the break.

Tipperary reduced the gap to one early in the second-half but Offaly hit a purple patch scoring 1-2 in a spectacular two minute spell.
Nigel Dunne and Shane Nally scored the points before Joseph O’Connor finished a goal chance off in the 40th minute.
At this stage Offaly led by 2-9 to 1-6 and the signs were positive for Pat Flanagan's side however they fell away for the remainder of the game adding just two further points as Tipperary took over.

Tipperary responded with four points before Michael Quinlivan raced through and hit an unstoppable right foot shot into the top right hand corner to leave Tipp with a 2-10 to 2-9 lead.

Offaly drew level through Nigel Dunne in the 54th minute but Tipperary hit the next two points. Bernard Allen scored what turned out to be Offaly's final point to leave one in it but Shane O’Connell responded for Tipp soon after.

Offaly’s chances of staging a comeback evaporated completely in the 67th minute when Peter Cunningham was sent off for a second bookable offence. Tipperary closed out the game with points from Kevin Fahey and Liam McGrath. 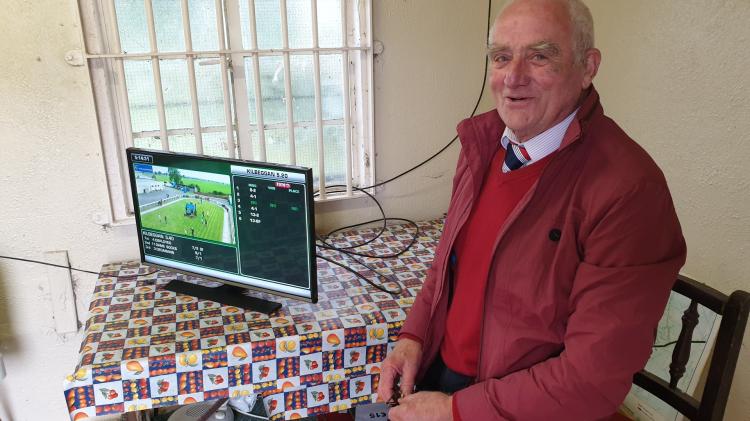