First half goals costly as Offaly lose out to Louth 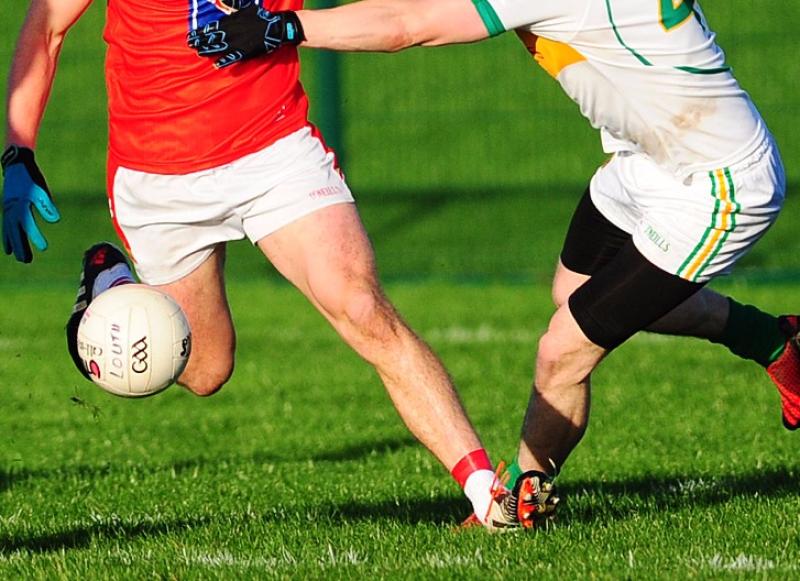 Two goals in the latter stages of the first-half proved Offaly's undoing as Louth came away with the win from O'Connor Park in this Division 3 encounter on Sunday afternoon.

Offaly had made a strong start to the game but Ryan Burns' brace of goals tipped the balance in favour of Louth who now have three wins from three games. Offaly were right in contention up to the final few minutes but Louth finished with the last two points to come away with the win.

The result leaves Pat Flanagan's side with just one win from three games with a trip north to take on Armagh looming large on the horizon next weekend.

Offaly trailed by 2-7 to 0-5 at the break with both the goals coming from Ryan Burns. Up to the concession of the two goals, Offaly had controlled the half and had led by three points midway through the half.

Bernard Allen opened the scoring and Nigel Dunne added a second soon after. Louth pulled one back but Allen and Dunne found the target again to leave Offaly 0-4 to 0-1 ahead midway through the half.

However against the run of play, Louth found themselves level when Ryan Burns found the back of the net. They went ahead for the first time soon after but a brace from Nigel Dunne put Offaly back in front again.

Pauric Smith levelled the scores on the half hour mark and the visitors were in front soon after when Ryan Burns struck for a second goal. Louth added two more points before the break with Eoin Carroll pulling one back for Offaly leaving Louth 2-5 to 0-7 ahead.

Louth hit the first point of the through Eoin O'Connor but Offaly hit back strongly with points from, Conor McNamee, Peter Cunningham and Nigel Dunne. Louth steadied the ship with the next two points leaving them 2-9 to 0-11 ahead after 52 minutes.

The gap remained at five to the hour mark as the sides exchanged two points apiece, with Bernard Allen hitting both Offaly's points.

Offaly were back within three entering the last three minutes thanks to Nigel Dunne.

Unfortunately for Offaly, that was as close as Offaly got with a brace of points for Louth from Ryan Burns and Eoin O'Connor extending the gap to five entering injury-time and the visitors held on to win 2-13 to 0-14.

The win leaves Louth with a 100% record after three games and favourites to get promotion but Offaly find themselves in a precarious position with one win and two defeats in their first three games with a trip to Armagh coming up next weekend.