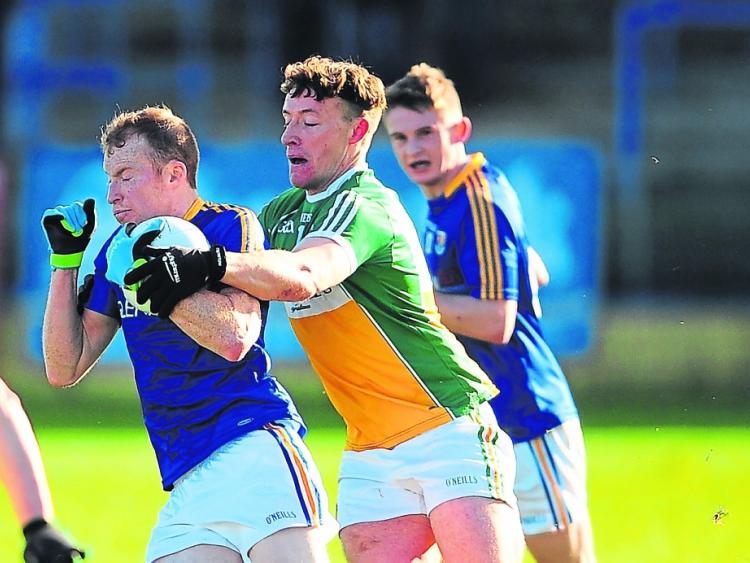 Offaly's hopes of gaining promotion from Division 3 this year took a major hit in their opening game as they lost out by five points to Longford on Sunday afternoon.

Offaly also finished the game with 13 men as Joey O'Connor was shown a straight red card after 65 minutes and Eoin Carroll was shown a second yellow three minutes into injury-time.

It leaves Pat Flanagan's men with little margin for error for the rest of the campaign with Antrim the visitors to O'Connor Park next Sunday.

These sides have become very familiar foes in recent years and there was little to chose between them in the opening exchanges today again.

Longford went ahead with early points from John Keegan and Robbie Smyth. Declan Hogan pulled one back for Offaly but Robbie Smyth restored the home side's two point lead soon after.

Offaly responded with the next two points from Bernard Allen and they were ahead for the first time after 20 minutes with Nigel Dunne pointing.

Robbie Smyth however continued to keep the scoreboard ticking over for Longford and they went to the break 0-7 to 0-6 ahead with Bernard Allen scoring both of Offaly's points late in the half which also saw Paul McGee black carded for the home side.

While the sides were evenly matched in the opening half, Longford dominated the second with Offaly not adding to their total until the 61st minute when Bernard Allen pointed.

Offaly did have chances most notably when Graham Guilfoyle's goal bound effort was saved by Paddy Collum in the Longford goal.
However by the time Allen pointed, Longford had built a five point lead and things got worse for Offaly soon after then Joey O'Connor was shown a straight red card for a high challenge on Liam Connerton.

A Barry McKeon free put Longford five ahead again before Larry Moran settled the game with a goal for Longford that put eight between the sides.

Offaly did manager to score three late points but the game was lost at that stage as Offaly opened the campaign with a defeat.