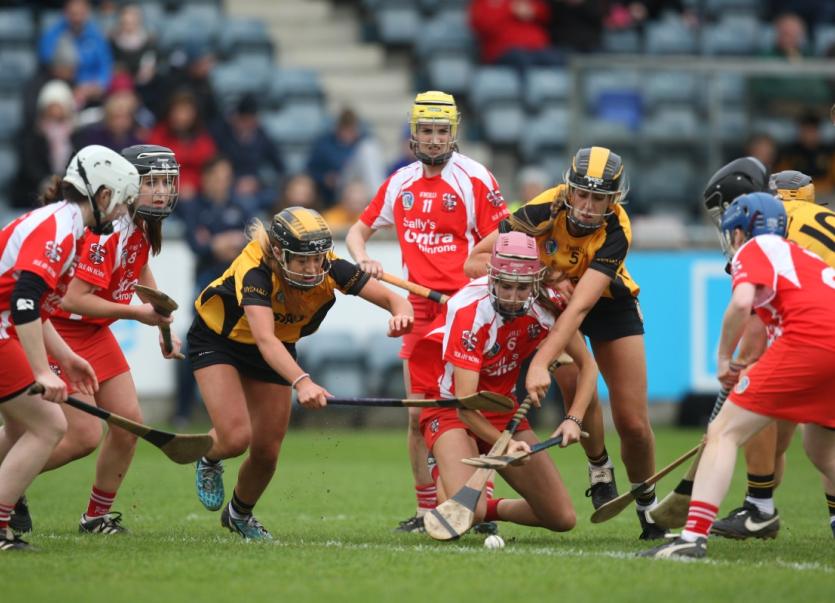 Despite a late surge, Offaly champions Shinrone were narrowly beaten in the Leinster Intermediate Club Camogie Final on Sunday lunchtime in Parnell Park.

A late goal from Marion Crean got Shinrone back within one but they were unable to get on terms. With the game on the line, Ali Ruschitzko pointed for the Carlow side to see them safe as they claimed their first Leinster Intermediate title.

The Carlow side were quicker out of the blocks with recent Camogie Junior Soaring Star winner Ciara Quirke hitting the first three points of the game.

Grainne Egan opened Shinrone's account after ten minutes and the gap was reduced to one soon after by Michaela Morkan.
Emma Coogan and Olivia Jordan edged the Carlow side further clear but Michaela Morkan kept Shinrone in touch with the next three points to level the scores.

However Myshall hit the last two points of the half to edge back into the lead at 0-7 to 0-5.

Shinrone got back within one early in the second-half through Michaela Morkan but the Offaly side struggled for scores after that with Myshall hitting three without reply to lead by four entering the final five minutes.

Shinrone were not going down without a fight however and a goal from Marion Crean gave them a fighting chance entering the closing minutes.

Unfortunately for the Offaly side, they couldn't draw level and Ali Ruschitzko's late point sealed the win for the Carlow side.