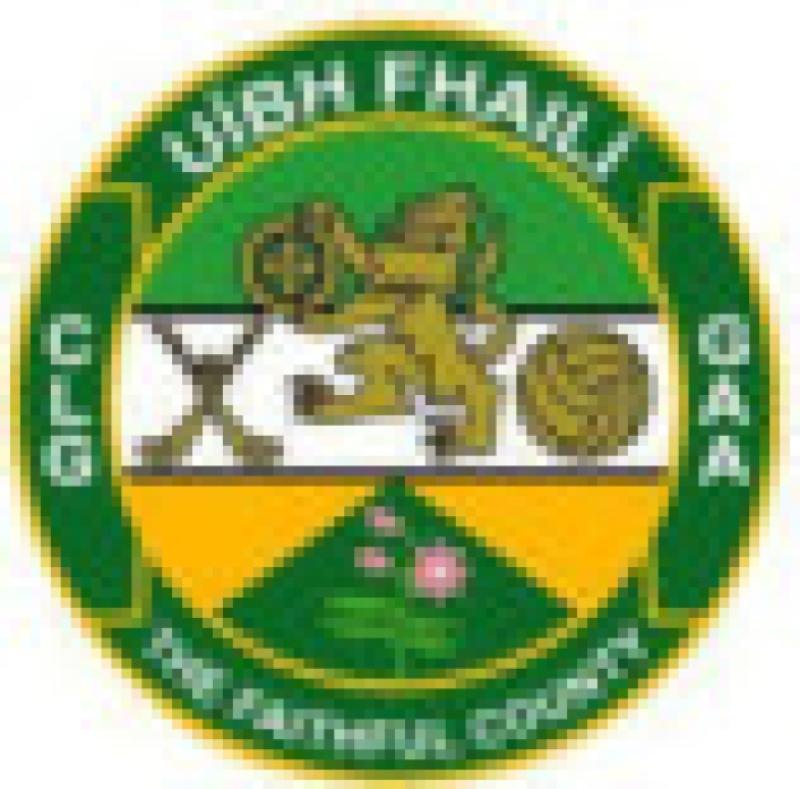 2013 membership is now due and can be paid to any committee member Family 50euro Adults 30euro Students 20euro.

The club are organising a 5k run/walk on February 17th @12.00am registration @11.00am at Killmurray Community Centre entry fee 10euro.

Lights on the walking track will be switched on every Monday/Wednesday/Friday evenings from 7.30pm until 9.30pm.

Training is on every Wednesday and Friday nights at 8.00pm sharp all players need to attend.

Happy Birthday to Dylan Martin and everyone in the area who celebrated birthdays recently.

Deepest sympathies to the Scully Family Ballyteague on the recent sad loss of Peg may she rest in peace.

Clara GAA club executive committee have made the unanimous decision to appoint Tony Dalton and his team Padraig Moran, Mark Scanlon, John Buckley and Eamon Maher as adult football management for 2013. We wish them every success.

The club will have its registration night on Friday February 1 at 7pm (venue to be confirmed) This will be an opportunity for all players to meet their mentors for the upcoming year and also to discuss any issues. Available on the night will be mouthguards, which have become compulsory for all underage football players.

Congratulations to Offaly Senior Footballers on winning their O’Byrne Cup group and they now progress to the semi-finals to face Kildare.

There was no winner of the weekly club Lotto jackpot. The numbers drawn were 10, 14, 16, 26. There was 1 match 3 winner, Pauline Cornally, 150euro. Next weeks draw takes place in Cowens and the Jackpot is €2300. Thanks to all who support our lotto and thanks to all our ticket sellers.

Congratulations to Drumcullen legend Pat Fleury who was inducted into the Offaly GAA Hall of Fame last Saturday night at the Player of the Year Awards in the Bridge House Hotel in Tullamore. Pat captained Offaly to All Ireland glory in 1985.

Numbers drawn were 2, 6, 8 and 9. Four match three winners who receive €40 each were Paul Kinsella, Kenneth Mannion, John Kearns and Paschal Troy. Promoter’s Prize went to John Guinan. Next week’s jackpot stands at €10,900. Thanks as always to all the ticket sellers and to everyone who supports the lotto each week.

Drumcullen GAA Club extends deepest sympathy to the McCormack family, Ferbane on the death of Ollie.

The Edenderry Ladies Gaelic Football Club AGM will take place on Wed 16th Jan at 8pm in Edenderry GAA. Please come along on the night and help us review 2012 and shape the future direction of the Club in 2013 and beyond.

Open Meeting for all Club Coaches

An open meeting for all persons interested in coaching any team in Edenderry GAA this year will be held in Finbarr Cullen’s at 8pm on Thurs 24th Jan. Anyone who intends coaching in 2013 must attend this meeting to express their interest in getting involved.

Edenderry GAA and Derry Rovers Football Club will lock horns to form their own “Easter Rising” in a white collar fight night on Easter Saturday night March 30th 2013. This all-ticket affair promises to be a massive event as the two clubs battle for bragging rights. Our boxers have now been selected and they are currently seeking sponsorship for the event. Each boxer will then be required to pass a medical and will undergo a six week training regime with the local boxing club to ensure he is ready for the fight. The following is a full list of the Edenderry GAA boxers:

Jackpot rolls over again and will be €13,000 for next Sunday’s draw. Sun 13th Jan Numbers drawn were 16,21,24,25 Bonus 2. There was no Jackpot winner and one player matched 3 numbers and won €300. That was Kay Ennis C/o Bingo. Make sure you never miss a chance to win the Jackpot by playing online at www.edenderrygaa.com

Membership for 2013 is now due and can be paid to any committee member. All players, coaches and committee members are reminded that they must have their membership paid by 31st March 2013. This date is also important for everyone as it is the cut off date for members to be registered to vote at next years AGM and to nominate or be nominated for elected positions within the club. You can also pay online at www.edenderrygaa.com. As announced at the recent AGM the full membership rates for the year are as follows: Family €80, Adult Player €75, Student (U23) Player €35, Youth Player (U18) €30, Cúl Redz €20, Non Playing Adult €20, Senior Citizen €5

Well done to Offaly Senior Footballers who made an excellent start to 2013 in the O’Byrne Cup over the last week with victories over Laois, Athlone IT and Westmeath to top the group. The prize now is a semi final at home to Kildare. Edenderry are well represented on the Offaly panel at present by David Hanlon, Sean Pender, Derek Kelly, Richie Dalton, Stephen Guing, Keith McGuinness & Mark Young. Offaly play Kildare in O’Connor Park next Sunday 20th at 2pm and another large Faithful following is almost guaranteed.

Lotto The lotto results for last week were 3, 9, 17, 25 no winners, no match 3’s. This week’s jackpot 9,200 and the draw will take place in Seerys Bar. Walking Track The walking track is open to all members everyday & lights are on from 7 to 9pm, Monday to Friday. Can all members please be off the track at 9pm. The maingate is locked can all members please use sidegate. Membership 2013 membership is now due, 40 euro Family, Single 30 euro, Associate/ Track membership 20 euro.  Table Quiz The annual Kilclonfert Gaa Table Quiz will take place on the 25th of January in The Hazel, Rahugh at 9:30 pm. All welcome! Progressive 25 Progressive 25 is held in Kilclonfert Community Centre every Tuesday at 9pm. Anyone who wishes to add to the Kilclonfert Gaa notes or needs any info please contact Andrea Scally on 0863796444, at andreascally@live.com or on the Kilclonfert Gaa facebook page.

The numbers drawn in the Lotto draw which took place on Monday 07 January were 10 18 19 29. There was no Jackpot winner of €10,200 and No Match 3 Winners. Next week’s draw will take place in High Chaparell, Geashill on Monday 14th January.

There is now a Range of Official Raheen Supporters Clothing including Replica Jersies, Hoodies, & T-Shirts available in most sizes from Kids to Adults. Orders can be placed by contacting Marina Corcoran [Phone (087) 9421814 - AFTER 4 PM ] .

Have you and old Raheen Team or Player Photos from anytime over the last 40 Years and in particular the last 10 Years. If so we would greatly appreciate if you would loan them to the club to get copied and put on display upstairs in the Cluubhouse. Photos may be given to John Hackett, Eddie Kaye or any Committee Member and ALL Originals will be returned once copied.

The Club would like extend sincere sympathies to all families in the area who have been bereaved in the past week.

The intermediate hurling squad are back in training for the coming season and are wished well in their preparations for the championship. Having been senior since 2001, Shamrocks will now ply their trade in the second rank competition for 2013. Best of luck to the management and players..

The football squad had a brief meeting on Saturday evening last to outline plans for the coming year. They will also be competing in the intermediate grade and are wished well under the new management for 2013.

All players and supporters are reminded of the need to pay membership as soon as possible. A full list of the fees will be published next week. This year the club aim to operate a strict ‘No Pay No Play’ policy at all levels.

All the latest happenings in the club can be found through the club website, club facebook account or on twitter @shamrocksgaaclub. This will have the latest information on lotto results and fixtures as they come through.

A sincere thanks to all who support, promote and the venues who host our weekly lotto draw. Your contribution is vital to running of the club.

The Junior B hurling team who won the 2012 championship are busy preparing for their Leinster semi-final on January 26th in Ballyfin. They will take on Ardrahan of Galway.

It was a very proud moment in St Brigid’s GAA’s club history to see David Egan pick up Intermediate Player of the Year 2012 in the Bridge House, Tullamore last Saturday night. Congratulations David from all in the Club.

Renewal of Membership for the St. Brigid’s GAA Club Gym is due. Membership fees are as follows - €120pp per annum, €60 for players, married couples who share a fob are €200. This is available to all people in the Croghan area. Anyone wishing to join or re-join please contact John Cocoman on 086 4028771.

Beat wishes are sent to all in the area who are sick and unwell, at present, speedy recovery is sent to you all.