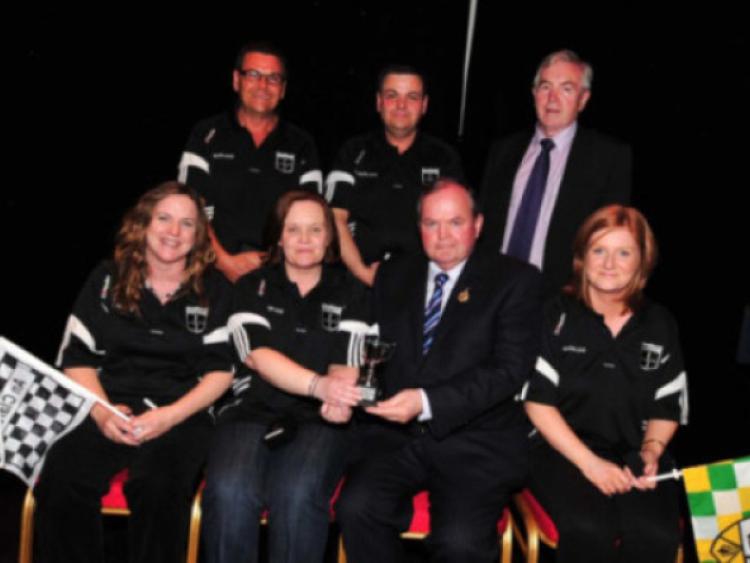 Of course this talented Clara group are very experienced Scór performers and in 2012 they were crowned All-Ireland champions at the INEC Killarney and they’ll be striving to retain their title in Derry on Saturday, April 27th next.

Joining the Clara Ballad Group in Derry will be Ballycumber’s Tony Coolihan. Tony was successful on Sunday in Recitation/Scéalaioch with his lively performance of ‘Mary Ann Magee’ going down a treat with the large attendance.

Offaly also had representatives in three other disciplines.

Offaly GAA Chairperson Padraig Boland congratulated all the ‘Faithful County’ participants on their fine performances at the Leinster Scór Sinsear Finals and he wished the Clara Ballad Group and Ballycumber’s Tony Coolihan every success at the All-Ireland Finals in Derry on Saturday, April 27th.