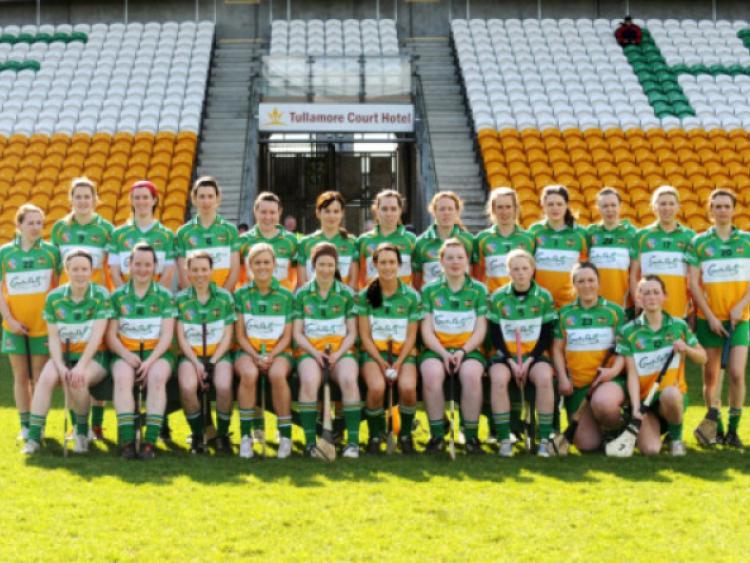 Defending league champions Cork proved too strong for Offaly in a game played in glorious sunshine in O’Connor Park at lunchtime on Saturday.

Defending league champions Cork proved too strong for Offaly in a game played in glorious sunshine in O’Connor Park at lunchtime on Saturday.

With Jennifer O’Leary in fine form from placed balls, Cork led by 0-6 to 0-1 at the break and they pushed on in the second-half to record a 14 point win.

On the balance of play there wasn’t that big a gulf between the sides but Cork were the more clinical side and their excellent full-back line kept Offaly at bay throughout the game.

Cork were two points ahead within four minutes with O’Leary slotting over both a free and a ‘45.

Offaly almost responded with a goal from full-forward Elaine Dermody but her shot was saved by Jessica Kavanagh. At the other end Katriona Mackey also had a sight of goal but she was denied by Eleanor Clendennen.

After 16 minutes without a score for either side and with both defences making tightly making it very difficult for the oppossing forwards, Jennifer O’Leary added three points from frees in a five minute spell to move Cork 0-5 to 0-0 clear.

The lead grew steadily in the first ten minutes of the second-half with Katriona Mackey, Denise Cronin, Jennifer O’Leary and Aoife Deasy all finding the target for Cork to extend their advantage to nine points.

Offaly were struggling to create chances but Elaine Dermody came close to finding the back of the net however she was again denied by Jessica Kavanagh.

Triona McDonald added a second point for Offaly midway through the second-half but Cork responded with scores from Jennifer O’Leary and Eimear O’Sullivan to put ten between the sides.

With ten minutes to go Elaine Dermody scored what turned out to be Offaly’s final point from a free but Cork finished strongly with a point from Eimear O’Sullivan, a goal from Finola Neville on the rebound after the ball came back of the post and the scoring was rounded off by Jennifer O’Leary, with her eighth point of the game.