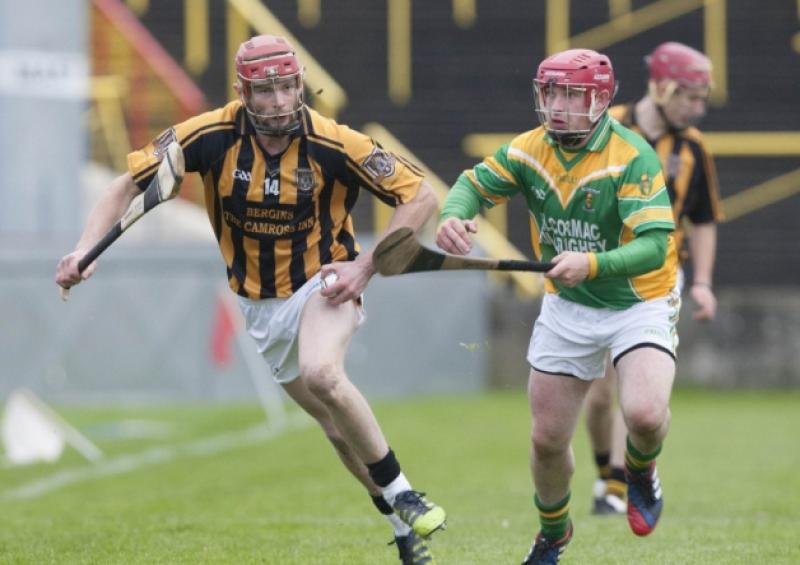 Having made huge strides with a young team this year, this game just proved to be a step too far against a team what were beaten in the All-Ireland club final last March.

Danny Owens’ men played some lovely hurling late in the first half and early in the second, as they showed how valuable experience can be.

Camross started with all the enthusiasm you would expect from an ambitious club trying to take down a more vaunted opponent, but they couldn’t sustain it. Leading 0-6 to 0-3 after 15 minutes, it looked for a while that there could be a shock on the cards, but Kilcormac-Killoughey never panicked, and played their way out of trouble.

Their devastating start to the second half was ultimately what won them the game, as they scored 1-5 without reply to kill off the game as a contest. It was a perfect way to demonstrate the difference between the teams, as the Offaly side are currently at a level that Camross are trying to get to. They have a bit to go on that quest, but they have made huge strides over the last few months, and no doubt attentions are already turning to retaining their Laois title next year.

They had started brightly however, with Zane Keenan firing over a superb point on the run with three Kilcormac-Killoughey defenders trailing in his wake. Ciaran Slevin replied for the Offaly champions two minutes later, and they lit the touch paper for an exciting first half.

Ciaran Collier and Aaron Moore pointed to put the home side 0-3 to 0-1 up after just six minutes, as Kilcormac struggled to cope against Camross’ high tempo game in the opening minutes.

Brothers Peter and Thomas Geraghty pointed for Kilcormac-Killoughey either side of a Matthew Collier point to lead just one point win it. Camross were the better side in the opening quarter, and two Zane Keenan frees helped to reflect that on the scoreboard as Camross lead 0-6 to 0-3 after 15 minutes.

Kilcormac-Killoughey finally hit something approaching their best form after that, and a James Gorman goal effort which cannoned off the crossbar got them going. Ciaran Slevin pointed two frees and Peter Geraghty got another to level the game, and the Offaly men then added two more to take the lead for the first time.

Dean Delaney responded for Camross, but Kilcormac were hitting their stride now and they finished the half strongly to lead 0-10 to 0-8 at the interval.

After edging themselves in front late in the first half, the start of the second was all about putting distance between themselves and Camross for Kilcormac. They got the opening score of the half from Damien Kilmartin, and Killian Leonard and Ciaran Slevin added further points within a minute to stretch the lead to five.

Camross were stunned by the Kilcormac-Killoughey start to the second half, and unfortunately for them, they hadn’t the experience to weather the storm and strike back. Kilcormac-Killoughey were dominating the midfield battle, and that allowed them to push forward at every opportunity. James Gorman and Slevin pointed once again to stretch the lead out to seven, and with Camross on the ropes, the Offaly men landed a knockout blow.

A long ball into the Camross penalty area saw James Gorman get a flick to it, and it trickled over the line for the opening goal of the game. It was a crucial score, and Camross were dejected thereafter.

Kilcormac were awarded a second goal moments later, although it was subsequently, and correctly, disallowed.

A shot for goal from Peter Geraghty was deflected just wide, hit the side netting and then ended up in the net. It was obvious to everyone in the stand, but neither umpire seemed particularly sure, but still awarded the goal. Camross players vented their frustrations at the call, and referee Sean Cleere eventually consulted with his officials and goal was correctly disallowed.

It should have been a 65 instead, but Kilcormac didn’t get it, and Camross did manage a late consolation goal, through Tomás Burke, but it mattered little in the end as Kilcormac-Killoughey closed out the game to book their place in the semi-finals and a date with Oulart The Ballagh.