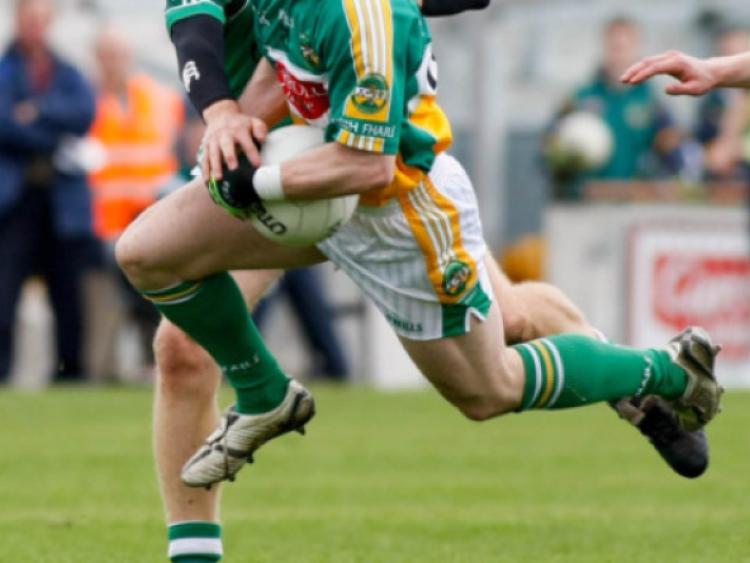 TWO goals from Niall McNamee either side of half-time proved crucial as Offaly saw off the challenge of Tipperary on Sunday and in doing so secured promotion to Division 3 for next season.

TWO goals from Niall McNamee either side of half-time proved crucial as Offaly saw off the challenge of Tipperary on Sunday and in doing so secured promotion to Division 3 for next season.

Alan Mulhall also made a couple of crucial saves as Offaly recorded a deserved win which secures them a place in the Division 4 League Final against Limerick on Saturday, April 27.

Playing into the teeth of the strong wind in the first-half, Offaly went to the break ahead by 1-3 to 0-5 and they held that advantage throughout the second-half with an excellent defensive display.

The pick of the players for Offaly were the half-back line of Eoin Carroll, Michael Brazil and in particular Brian Darby. The line not only defended well, they were the launchpad for the majority of Offaly’s attacks with all three players showing a willingness to get forward when the opportunity arose.

Tipperary opened the scoring after three minutes through Alan Maloney but playing with the wind they struggled to add to their total and Niall McNamee drew Offaly level after ten minutes.

Conor Sweeney (2) and Brian Fox did eventually edge Tipperary in front but with 27 minutes gone Offaly were well in touch considering the strength of the wind at 0-4 to 0-1. Anton Sullivan, who was a surprise starter for Offaly, added his side’s second point before a storming run from Michael Brazil set up Offaly’s first goal. At the end of his run he picked out Niall McNamee with a superb pass and Offaly’s talisman showed great composure in rounding Paul Fitzgerald before drilling the ball to the back of the net.

An excellent free from Anton Sullivan into the wind edged Offaly in front just before the break with his side set to have the advantage of the wind in the second-half.

Tipperary were back on terms shortly after the restart but Offaly responded with another well worked goal when Ken Casey flicked a high ball into the arms of Niall McNamee and the Rhoe man made no mistake blasting the ball into the roof of the net. A point from Brian Connor followed and Offaly led by 2-4 to 0-6. Tipperary struck back with a goal when Alan Mulhall was adjudged to have carried the ball over the line however it looked as if the Offaly ‘keeper may well have fallen on the ball before it crossed the line.

Two points apiece for Ken Casey and Barry Grogan kept the status quo before a super point from the excellent Brian Darby put Offaly two in front again at 2-7 to 1-8. After losing Michael Quinlivan and Peter Acheson through injury, Tipperary were reduced to 14 men when Robbie Costigan was sent off after picking up a second yellow card.

Offaly showed great composure in the final minutes and a point on the break from Graham Guilfoyle and further scores from Ken Casey and Brian Connor saw them pull clear to record a vital win. . Scorers