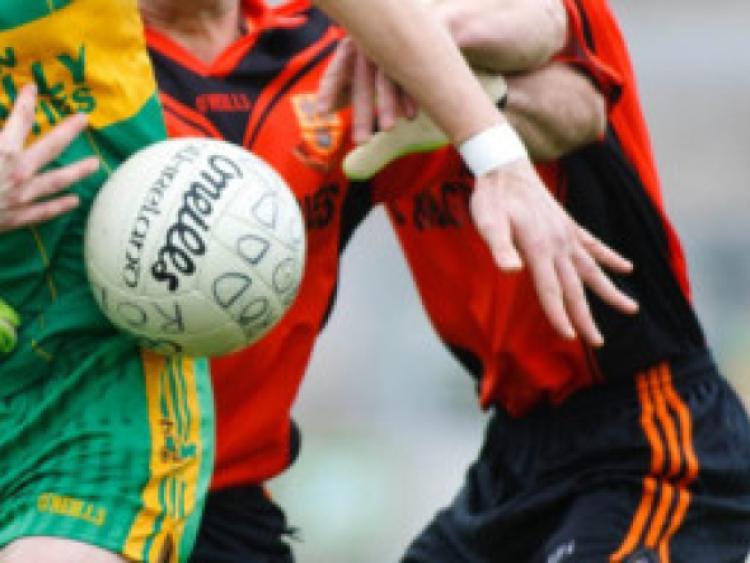 Defending Champions Rhode laid down an early marker for this year’s Tullamore Court Hotel Offaly Senior Football Championship with a 2-16 to 0-7 win over Tullamore in Rhode last Saturday.

Defending Champions Rhode laid down an early marker for this year’s Tullamore Court Hotel Offaly Senior Football Championship with a 2-16 to 0-7 win over Tullamore in Rhode last Saturday.

In front of a large home support, Rhode were in control from the start and had opened up a 0-10 to 0-1 lead by half-time. They pushed on after the restart and were 0-16 to 0-6 ahead before Niall Darby and Glen O’Connell put the icing on the cake with late goals.

Elsewhere in Group 2, Walsh Island proved too strong for Tubber winning by 1-16 to 0-9. There was little to chose between the sides up to the midway point of the second-half but a goal from Adrian Kelly put Walsh Island 1-10 to 0-8 ahead and from there they pushed on to win the game.

A first half John Mollen goal proved crucial for Ferbane as they held on to overcome Gracefield by 1-9 to 0-11. Ferbane lead by 1-6 to 0-5 at the break but they were holding on at the end as Gracefield managed to get back within one before the final whistle went.

In Group 1, Ballycumber lead the way on score difference after they saw off neighbours Erin Rovers by 1-11 to 0-10 in O’Connor Park

The game of the weekend was undoubtedly Clara against Edenderry which produced a total of 5-26 with Clara just edging the win by 3-12 to 2-14. Top scorer for Clara was Thomas Deehan who scored 1-6 with Stephen O’Brien and Barry Cushen adding the other goals.

In another dramatic game, St Rynagh’s snatched a draw with St Brigid’s in a low scroing game with the final kick of the game. Trailing by 1-4 to 0-6, Stephen Wynne calmly slotted over a point for St Rynagh’s to snatch a draw.