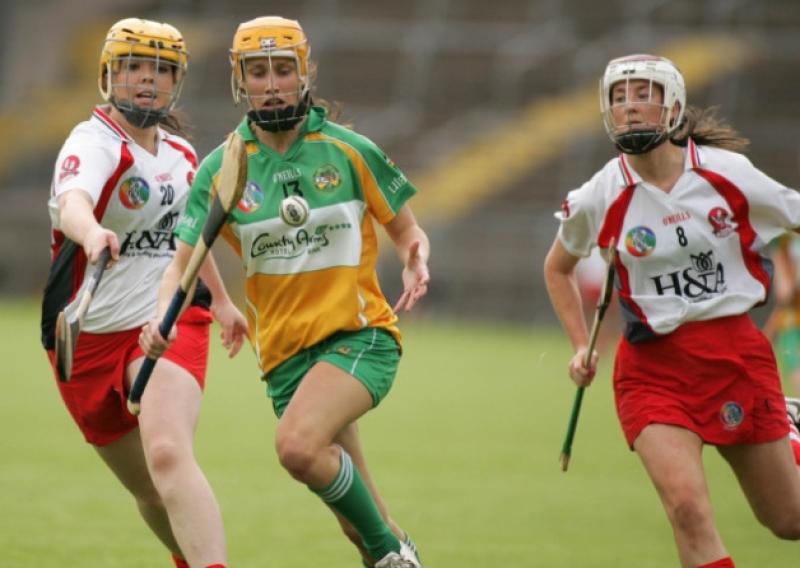 Offaly Senior Camogie manager Aidan Franks is entering his second year in charge of the team. Last year his charges reached the All Ireland quarter-final where they were very unlucky to lose out to Wexford.

Offaly Senior Camogie manager Aidan Franks is entering his second year in charge of the team. Last year his charges reached the All Ireland quarter-final where they were very unlucky to lose out to Wexford.

This time around, the Offaly manager is again hoping for a succesful campaign and he says his side are ready for the challenge.

“They’ve prepared well. We’re training hard and we’ve upped it in the last four or five weeks. Looking forward to the All Ireland Series starting up.”

After an up and down league campaign, Offaly suffered a heavy defeat to Kilkenny in the Leinster semi-final and Aidan Franks is looking forward to another shot at them this Saturday at 7.30pm in Nowlan Park.

“Every match we go out to hurl for Offaly, we want to win. To lose was bad enough but to lose in that manner, the heads were down after it. In hindsight, the build up to it wasn’t ideal but going forward it’s all about next Saturday and going back and playing Kilkenny again. It’s one we’re looking forward to.”

After a couple of down years, Kilkenny were back in the All Ireland Final last year and they went on to win Division 1 in the league this year. That return to form does not surprise the Offaly manager.

“Kilkenny have been doing it at Minor A level for the last ten years. They’ve always been competing. They have the players coming through and got a lot of their players back last year. They went on and got to an All Ireland Final. They’re a strong outfit but we’ve prepared and we’ve prepared the best we can. We’re not afraid of them. We’re looking forward to going down and hurling them.”

After the game with Kilkenny, Offaly will face Clare, Derry and Tipperary. While focussed primarily on this Saturday’s game, Aidan Franks also has an eye on the games ahead.

“We’ll have Clare after the Kilkenny game. I haven’t really thought much about it but they got to the League Final. I went to a couple of their games last year and they were very close between themselves and Wexford and the same against Kilkenny. They’re very strong and they’re experienced too. But we’ll probably worry about the other games once we have the first one over and take it game by game. It is a tough group. We’ll have Derry at home in O’Connor Park, we’re looking forward to that, and then our last game is against Tipperary who are an experienced outfit too. While it could have been a tougher group, it’s still going to be a tough one to get out of.”

The way the group is drawn, Offaly will play four weeks in a row with their bye coming in the last round. While Aidan Franks acknowledges it will be tough, he believes his side is ready for the challenge.

“It will be tough but that’s why all the preparation has been done. Each week, once we play the game, it will all be about recovering and getting in a training session and then getting ready for the next game so it will all come around fairly quickly.”