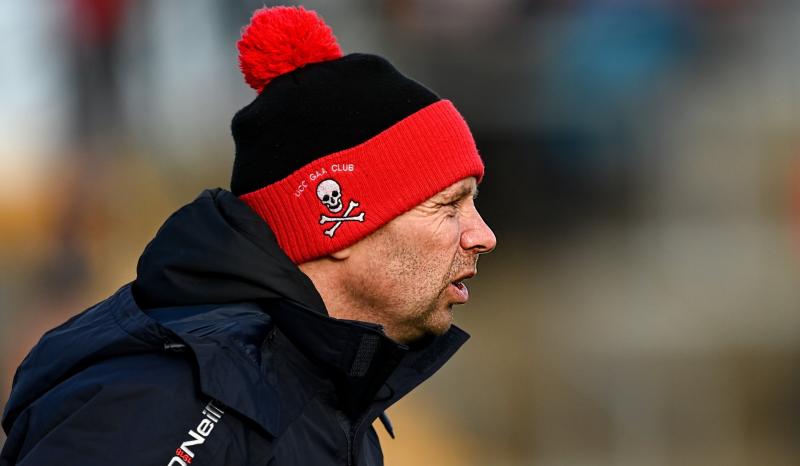 THERE was plenty of similarities as Offaly footballers and hurlers got their 2022 season underway last weekend.

Both lost to marquee counties in the O'Byrne Cup and Walsh Cups but there was plenty of positives to be taken out for the managers, John Maughan and Michael Fennelly.

Offaly senior footballers lost by 2-12 to 0-13 to Dublin in the O'Byrne Cup on Saturday while the hurlers had a 2-19 to 0-19 defeat to Galway in the Walsh Cup on Sunday in Ballinasloe.

In both cases, the opposition was experimental with only a handful of familiar faces but Offaly will still have been encouraged by the way they fought and the commitment they showed. In both cases, they were closer than the final scoreline would suggest and it wouldn't have taken a whole lot more to have won these games.

It will be a season of change for Offaly footballers with Eoin Carroll, Peter Cunningham, Cian Farrell, Eoin Rigney and Shane Horan all gone from the panel – Farrell and Rigney are injured, Carroll is in Australia for the year, Cunningham is on an army tour of duty in Syria and Horan has left it. Other experienced players such as Declan Hogan and Bernard Allen were missing on Saturday as management gave experience to players.

Trying out new players was also the target for Michael Fennelly, who came up against his former club and county playing colleague, Henry Shefflin in Ballinasloe. Oisin Kelly is out for the next few months as he recovers from a cruciate operation but apart from that, Offaly were close to full strength and they were keen to experience life against a top level county as they prepare for life in Division 1 hurling in a few weeks time.

They will continue their campaigns this week. Offaly footballers meet Longford in Faithful Fields, Kilcormac on Wednesday evening and they travel to Ardee to face Louth on Sunday. On Wednesday, they will be without several young players who are playing Sigerson Cup this week and John Maughan admitted that it will be a stretch to get a team onto the field.

The winners in Offaly's group go straight into the final and they will need to win their two games as well as Dublin to lose to get through.

The hurlers have home games against Antrim and Dublin on the next two Sunday's. The two group winners go straight into the final in the Walsh Cup.