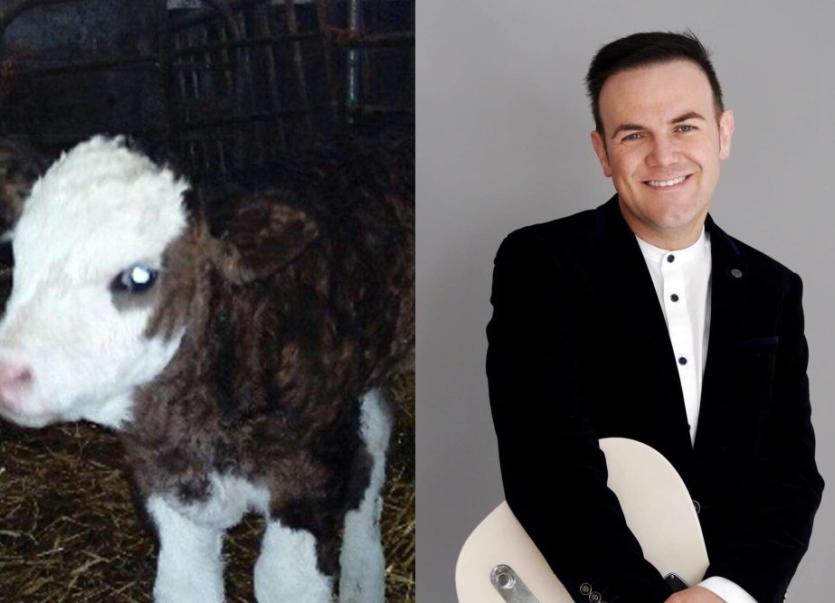 An Offaly singer has seen the funny side after a devoted fan name their newborn calf after him.

Ciaran Roseny tours the country with his very own dance band and has established himself as one of the most sought after performers in the country.

He can now split himself with his namesake after a fan in Donegal named a newborn calf after him. Ciaran said: "I'm not sure if it's a compliment."

He did, however, note the obvious similarities, "big ears, blue eyes and skinny legs."

Ciaran posted the news on his social media channels with one fan suggesting the calf could become his mascot, and another saying, "there is a song in that somewhere."

Rosney released his first country album called ‘Country at Heart’ in 2014, following that in 2017 with his second album ‘Me and My Old Guitar’ which includes five original songs and a duet with legendary Irish Country singer Margo O' Donnell.

Could the Ballad of the Donegal Calf be next on the list?

Find out more at www.ciaranrosney.com.