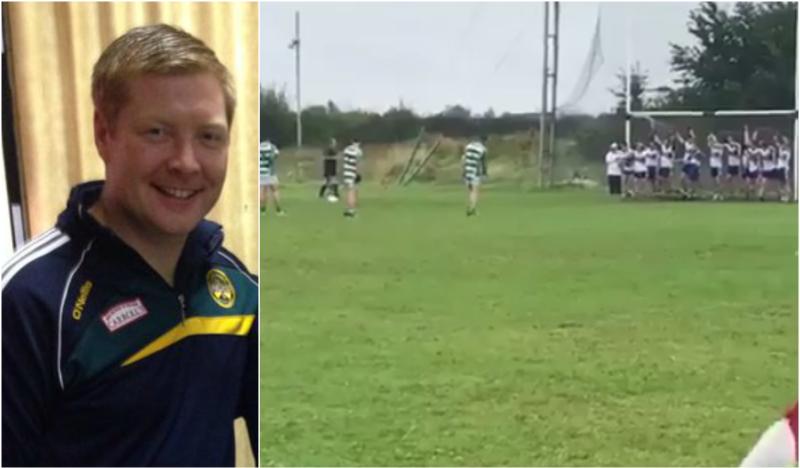 Following the inter-county retirement of Offaly goalkeeper Alan Mulhall, we're reliving the day from 2017 when he was drafted in to take a last minute free for his club, Walsh Island, against St. Brigid's.

He needed a goal to salvage a draw and faced up to at least 14 St. Brigid's players who had converged on the goal line. What happened next is amazing.

The game was part of the round-robin phase of the Senior B Championship and took place in a rain-sodden Daingean GAA in August 2017.

St. Brigid's, who were rooted to the bottom of the table at the time, looked set to claim their first win in six games as they led 1-9 to 0-9 heading into the closing stages.

Up stepped Alan Mulhall for a last minute free for Walsh Island, and with one thunderous swing of his right boot, he blasted the ball to the roof of the net to send the soaked supporters and team officials into rapturous applause.

There was even a Packie Bonner-esque leap for joy at the very end.