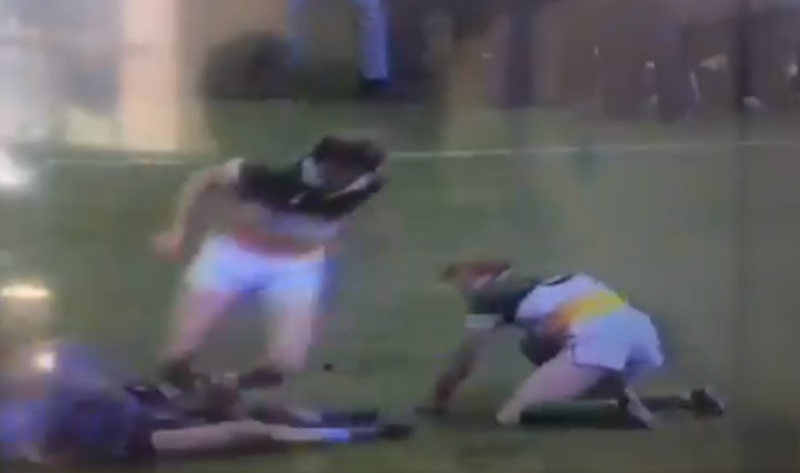 The Dublin footballers have cruised through the championship this year, and for the last four years as it happens, and the talk of final tactics for Tyrone to finally turn them over has got people perusing the archives.

So, not even divine intervention can stop the mighty Dubs it seems, but this current generation hasn't yet faced the age old Offaly secret weapon - the flying corner-back.

This video emerged on social media over the weekend and shows one Dub in particular being stopped in his tracks. It harks back to a very different game as a tackle like this today would probably result in assault charges.

The flying dropkick is now, shall we say, frowned upon, and so Mickey Harte can scratch that off his ever shortening list of options to beat the Dubs in next month's final.

As it turns out, we're barking up the wrong tree anyway because this clip is from the 1983 Leinster final where a Barney Rock-inspired Dublin actuall beat Offaly 2-13 to 1-11.

Just a year after Offaly's famous All-Ireland win over Kerry, and even with the great Matt Connor scoring 1-7 on the day and the fullback line going into Bruce Lee mode, we still couldn't beat the Blues. Dublin went on to All-Ireland glory just two months later.

Now with a younger generation, including Barney Rock's son Dean, and a lot less fly-kick tackles, the Dubs look unstoppable yet again.

*Disclaimer - the Offaly Express in no way condones the drop-kicking of any Dublin players...