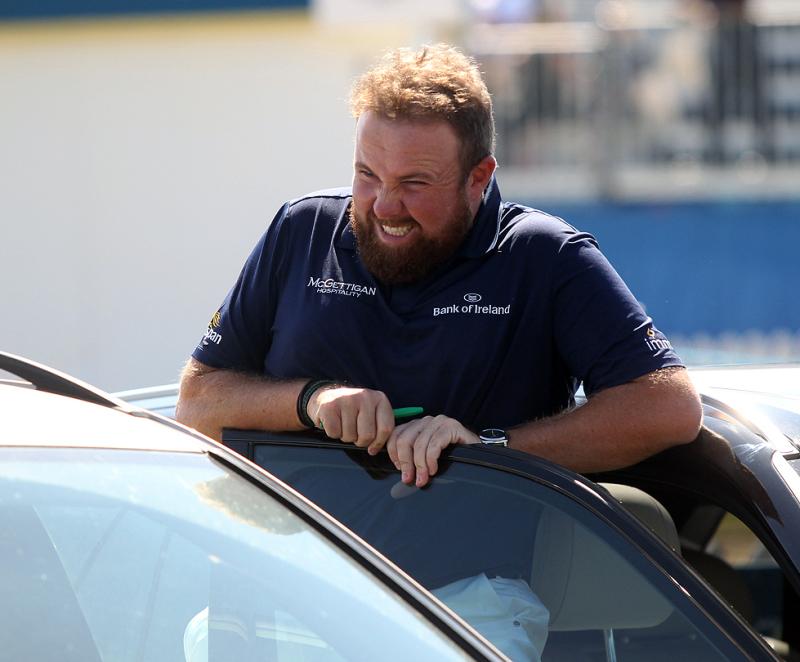 Such was the rush for spaces at the popular Pro-Am event ahead of Thursday's Irish Open in Donegal, Offaly's Shane Lowry found himself in a spot of bother in the carpark.

The Clara man parked up at Ballyliffan Golf Club on Wednesday but found it was a tight squeeze getting out. Photographer Brian McDaid was there to capture the hilarity. We've all been there - trying to worm our way out of the car without scratching any doors.

Luckily for us, Lowry made it out of his car unscathed and made his way to the Pro-Am as well as the novel GAA challenge, which saw him play Gaelic Football alongside Donegal's Michael Murphy, Kerry's Kieran Donaghy and fellow golfer Paul Dunne.

You can catch up with that event using the link below.

While he doesn't take himself too seriously off it, on the course, Lowry is hoping to recapture the form that saw him claim the 2009 Irish Open as an amateur when he tees off in Donegal on Thursday.

He gets his first round underway at 1.30pm on Thursday alongside Lee Westwood and Thomas Pieters.