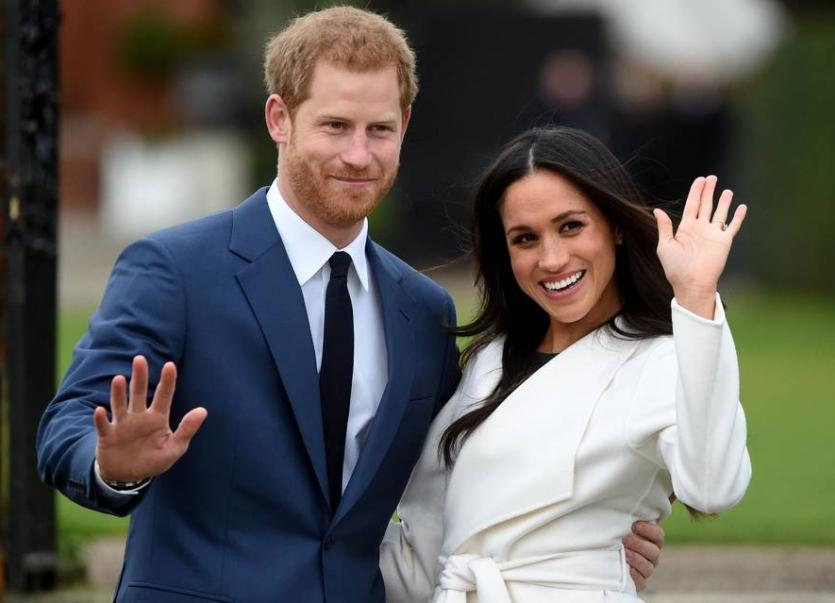 The Royal Wedding, except for some last minute changes to the Guest List, has surely been planned within an inch of it's life and Harry and Meghan will have an army of helpers on hand to make sure everything goes off without a hitch.

But where's the fun in that. Wouldn't they have been far better off where our 'traditions' make for much more exciting and memorable days out.

Where else could we start except with the night before. Many a well intentioned groom has fallen foul of 'going for one' the night before and ended up doing his level best the next day to not pass out or throw up while uttering the immortal word, 'I HUEY....''

For the bride and her party, the morning of the wedding is at best organised chaos and at worst utter pandemonium. Invariably someone will have forgotten something important which will lead to a full on meltdown from the bride but it will show up in the end and everything will be grand

We know it's not just on wedding days that we are obsessed with weather but it goes to another level entirely when their are nuptials in the offing. Prayers are said and the Child of Prague won't be dancing around the mantlepiece, it will be buried in the garden of everyone involved in the hope of getting divine intervention and the fine weather for the all important day.

No matter how late the bride arrives, sometimes up to an hour late (you know who you are), there will always be some friend or random cousin who arrives late. No matter how quietly they try to sneak in, they will make a racket and everyone will turn around to see who it is. The poor latecomer will turn scarlet, sort of nod, have a half smile on their face and then self-consciously take their seat.

No matter how early the meal starts, someone will start the complaining about being starving while they wait for the bride and groom to finish getting 4,000 pictures taken. That one person will start a wave of rumbling stomachs and there will be a biblical run on Tayto and Bacon Fries at the bar

As soon as they arrive at the venue and knock back a couple of glasses of champagne, the interrogation of the bridesmaids will get underway in earnest..... Auntie Mary will saunter over and start it innocently enough by enquiring as to the girls marital status. We'll all feel sorry for the ones who say they are single because the real water-boarding starts the.... "Have you not got a boyfriend...?". And for the bridesmaids with boyfriends, the familiar refrain is "You'll be next so.."

When we eventually get to our seats, there will only be two menus on the table and we'll all be dying for a look to see what's on offer. However when we eventually get our hands on the prized piece of paper, we are in no way surprised to see Vol Au Vents, Soup, Beef or Salmon and Bailey's Cheesecake or Profiteroles..... and tea or coffee of course......

8 - Someone will something they shouldn't in a speech

Speeches at a wedding are a stonewall lottery at the best of times. The quality and length is usually directly proportional to the quantity of alcohol consumed by the speaker. Sometimes the best man (let's be honest it's usually the best man and he's usually drunk as a monkey) will tell a story about the groom's exploits as a young man that will come as news and a complete shock to the bride. The silence in the room will be deafening as it slowly dawns on the poor lad that he has put both feet in it and washed it down with 14 pints of Guinness.

Wedding have a strange effect on people's perceptions of their dancing skills. We all suddenly believe we should be on Dancing with Stars (the BBC version), which doesn't go down too well with the older relatives who have perfected their waltzing skills over 40 years of attending weddings. They'll get fierce upset when the young ones start attempting to waltz but only end up getting in the way.

10 - Heading for the Resident's Bar

When the band finishes playing at an Irish wedding, the party is only getting started. Whether you are a resident in the hotel or not, you saunter out to the Resident's Bar and settle in for the sing song, the story telling and as many more pints as your already bulging stomach can hold