Headlines from the Past - Offaly raiders met with shotgun fire

A front page from the Offaly Express archives 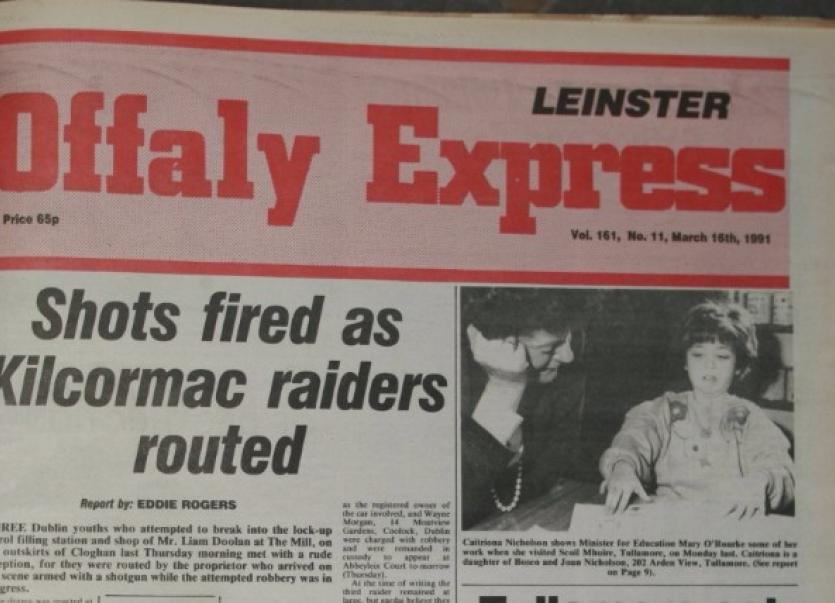 Headlines from the Past - Offaly raiders met with shotgun fire

The front page of the Offaly Express on March 16, 1991, ran with a story of one disgruntled shop owner routing three criminals raiding his property.

The story details how three youths targeted the closed filling station and shop belonging to Liam Doolan at the Mill, on the outskirts of Cloghan.

The drama started early for Mr Doolan who was awoken by the shop alarm which was connected to his home a short distance away. 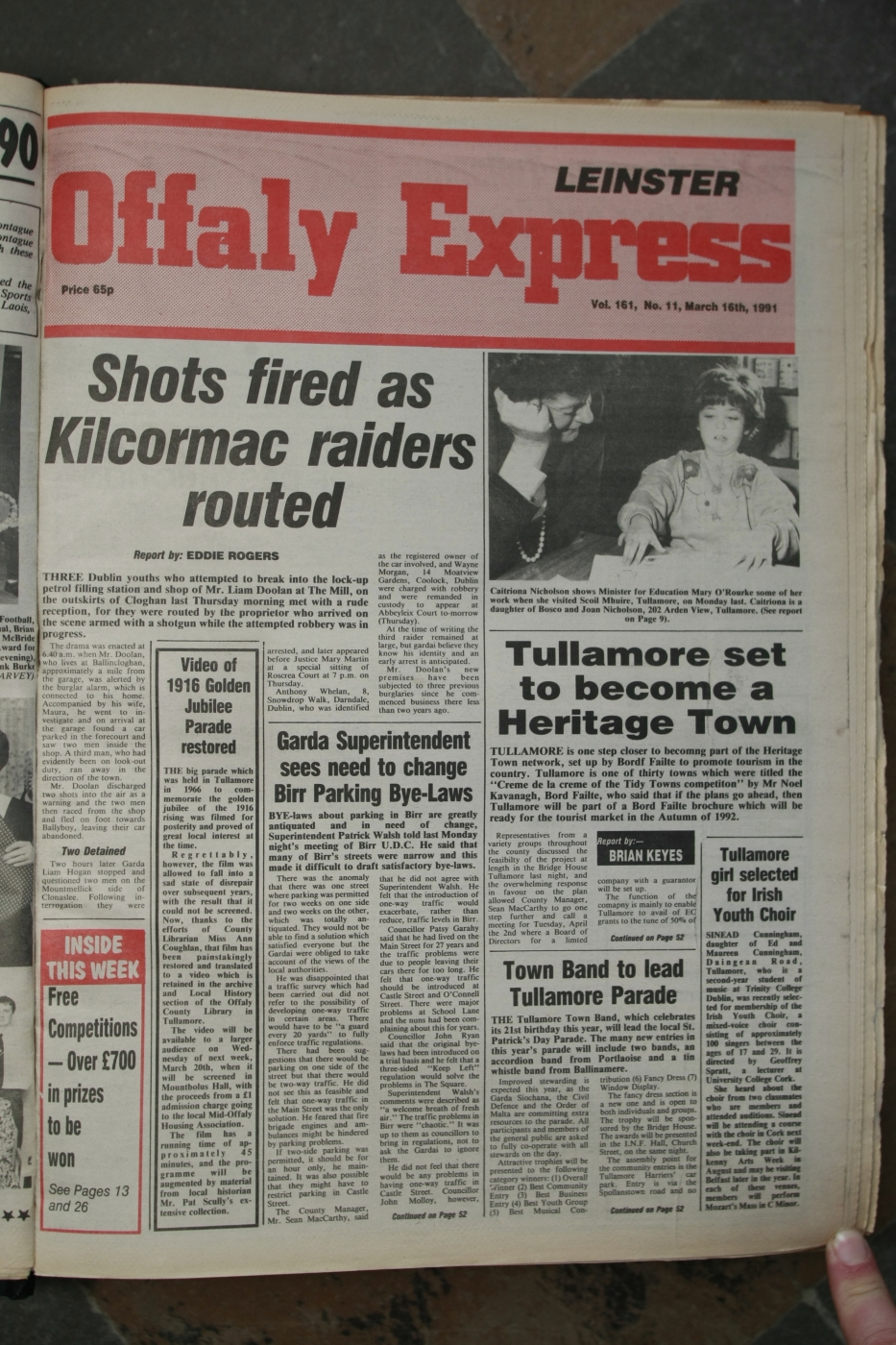 Liam and his wife Maura drove the one-mile trip to the filling station to investigate to find a car on the forecourt with a lone male on lookout and two teenagers inside burgling the shop.

Liam fired two blasts of his shotgun into the air as a warning, sparking the youngster on lookout to flee for safety on foot.

Upon hearing the shotgun, the other two thieves also took off running while Liam informed the gardaí.

Two of the perpetrators, who had Dublin addresses, were picked up by gardaí just two hours later. They appeared in court and were remanded in custody.

Liam had clearly been frustrated as his business had been hit by similar incident three times in a two-year period.

Also making the front page that week in 1991 was the news of Tullamore being on the verge of becoming a heritage town, Sinead Cunningham being selected for the Irish Youth Choir, parking issues in Birr and the restoration of a video of the 1916 Golden Jubilee Parade in Tullamore.