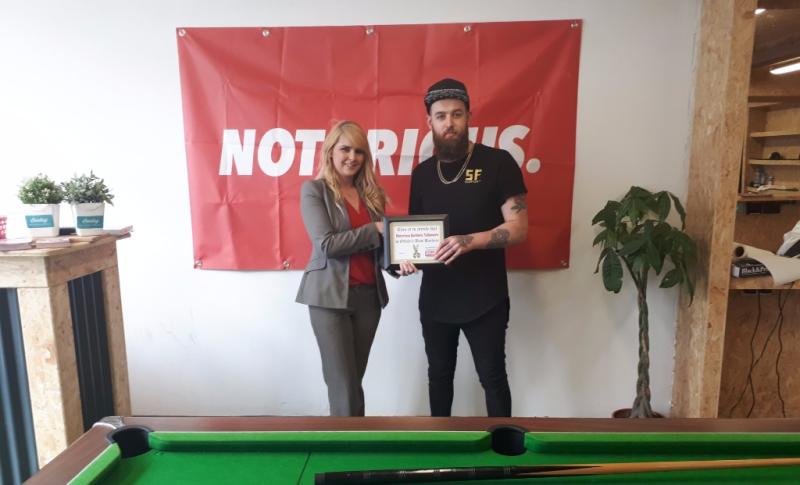 Notorious Barbers in Tullamore have been presented with their Offaly Express certificate, which says they are the 'Best Barbers in Offaly,' according to our readers.

Notorious won with 35% of the vote, while Cartel Men's Hair, a relatively new business in Edenderry, finished second, just seven votes behind in our Top 5 showdown last month.

Both Notorious and Cartel raced away from the pack in the final vote, and with less than an hour left to vote, Cartel actually held the lead from the eventual winners in a real slugfest.

A flurry of late votes ensured Notorious overtook their rivals, while Slick's in Kilcormac performed strongly to finish third with a 20% share of the vote.