IT'S OFFICIAL! Flynn's Fingerboard receives their 'Best 99 in Offaly' certificate 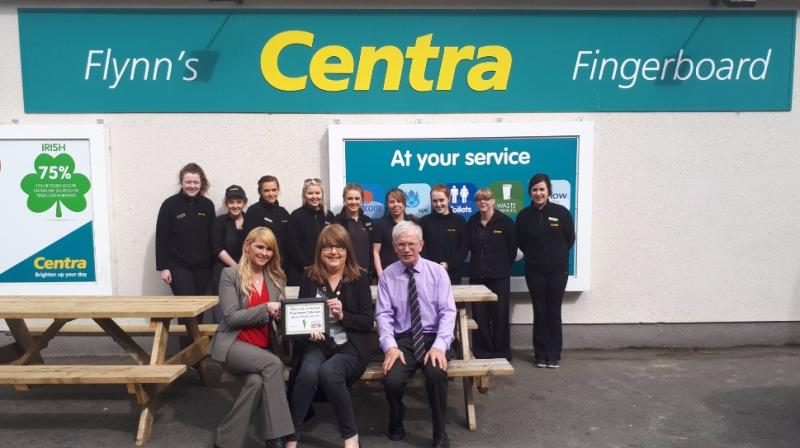 Alison Casey of the Offaly Express is pictured presenting the certificate to Olive and Aidan, together with staff and Selena Campbell, Store Manager at the Fingerboard in Tullamore

Flynn's Centra Fingerboard in Tullamore has been presented with its Offaly Express certificate, indicating that they serve the best 99 ice cream in the county, according to Offaly Express readers.

Racking up 25%, Flynn's emerged as the people's choice despite a late push from Baggot's Centra in Clara, which was not enough to stem the tide of votes for the popular Tullamore shop.

Baggot's managed to finish as the runner-up on 18% while Tom Darcy's in Mount Lucas was third on 12%.