A playsuit for men is on its way to the shops 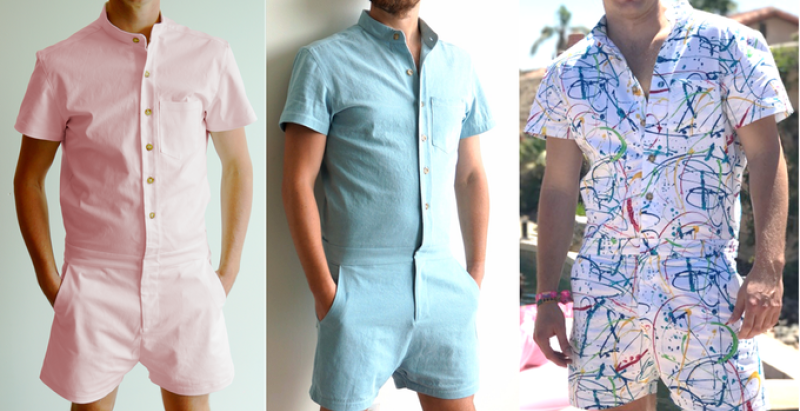 A Chicago based fashion company, ACED Design, have decided to "bring something new to menswear" by creating the male version of a playsuit.

Called the RompHim, the all in one "summer outfit" has surpassed its €9,000 fundraising target on Kickstarter. It has already raised €43,000 with 28 days still to run on the campaign.

That means the 420 people who backed the RompHim will soon be receiving their purchases in the post. It also means the company can now make the product and sell it to the masses.

Apparently, according to the blurb on the male playsuit on Kickstarter, it will allow men to "turn heads and break hearts."

We can safely say our hearts are broken here at the Offaly Express at the mere sight of the thing.

The designers have admitted to spending countless hours coming up with the look and practicalities, making it perfect, they say, for "concerts, trips to the beach, pool parties or leisurely strolls."

They claim to be revolutionising men's fashion, so who's in? For a payment of around €85, you can expect delivery of your RompHim suit by August of this year, and luckily or unluckily for us, they ship anywhere in the world - even Offaly - we've checked!

You can view the product in all its glory on Kickstarter by clicking here.