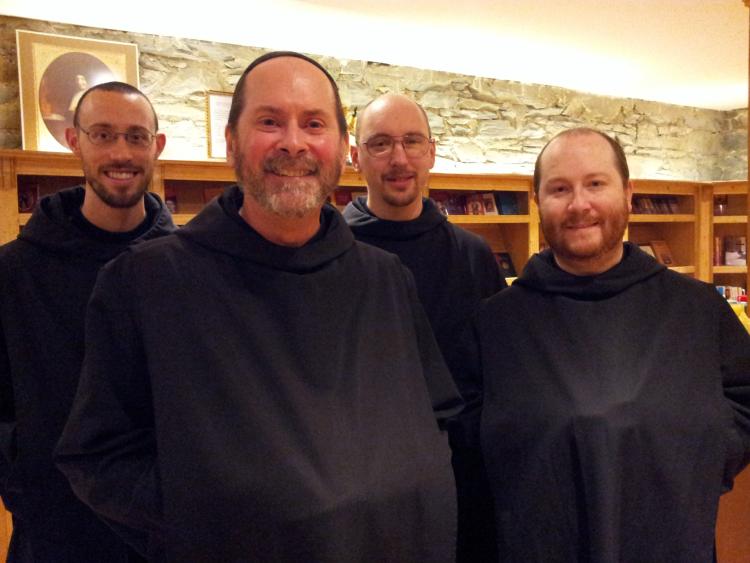 Bishop Michael Smith, Bishop of Meath, recently presided at the canonical establishment of the monastery at Silverstream Priory in the Diocese of Meath.

The newly granted canonical status is a recognition of the growth and stability of Benedictine Monks of Silverstream Priory and of its contributions to the life of the Diocese of Meath and of the whole Church in Ireland.

The Diocese of Meath includes the greater parts of the counties of Meath, Westmeath and Offaly, and a portion of counties Cavan, Dublin, Longford and Louth

The event was the official canonical establishment of the Benedictine community at Silverstream Priory as an autonomous monastery of diocesan right. The celebration included the solemn reading, by the Bishop of Meath, of the canonical Decree establishing the monastery; the installation of the Conventual Prior; the renewal of the vows of the professed monks in the context of Holy Mass; and the singing of the Te Deum Laudamus , the Church's ancient traditional hymn of thanksgiving.

The Benedictine Monks of Perpetual Adoration took root at Silverstream, in Stamullen, Co Meath, early in 2012, at the invitation the Bishop of Meath, the Most Revd Dr Michael Smith. Two American monks, Dom Mark Daniel Kirby (the prior) and Dom Benedict Andersen, arrived at that time to begin the foundation in the house formerly occupied by the Visitation nuns at  Silverstream.

Silverstream is home to a community of eight male religious who follow the Rule of Saint Benedict.  The community came from Tulsa, USA, in 2012 and occupies the former residence of the Visitation Sisters in Stamullen, Co Meath. Tthe make–up of the community is international with members coming from Co. Meath, Australia, Denmark, and the United States

The monastery is contemplative in nature, with a particular focus on the Liturgy and Eucharistic Adoration.  The community’s constitution and canonical norms were approved by the Holy See earlier this month.

Bishop Smith signed a Decree on 25 February, “erecting the Benedictine Monks of Perpetual Adoration of the Most Holy Sacrament of the Altar as a monastic Institute of Consecrated Life of diocesan right in the Diocese of Meath.”

This Decree is believed to mark the first formal establishment of a monastic community in the Diocese of Meath since the suppression of the monasteries by Henry VIII in 1536.

Bishop Smith said, “The history of religious life has seen many developments over the centuries and I am delighted to recognise the unique presence of this new monastery in the Diocese of Meath.  Through their prayer, study and hospitality, the monks are ‘speaking to the heart’ and their quiet witness is a reminder that the Lord continues to provide the Church with new gifts and grace.”