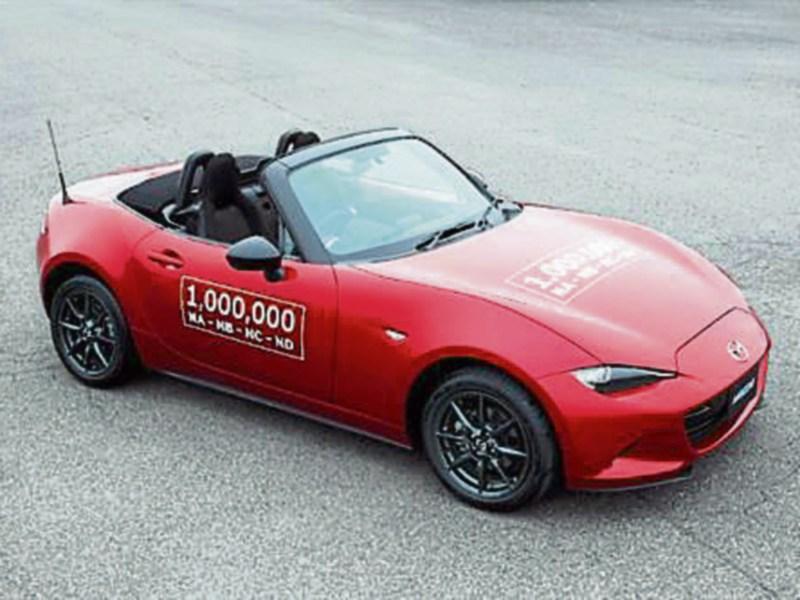 Production of the Mazda MX-5 reached one million units on 22 April, Mazda Motor Corporation announced, 27 years after the company began manufacturing the iconic roadster in Hiroshima in April 1989.

To express thanks to MX-5 fans and owners, the one-millionth MX-5 will appear at fan events around the world.

The landmark vehicle will be displayed on 26 June at the Goodwood Festival of Speed in the UK, from where it continues on the European leg of its tour.

The MX-5 is a symbol of Mazda’s carmaking philosophy and tireless pursuit of driving pleasure. The roadster is highly acclaimed, with around 250 awards to its name – and counting – from around the globe. The fourth-generation model released last year has won a string of prizes, including 2016 World Car of the Year and World Car Design of the Year 2016, 2016 UK Car of the Year and 2015-2016 Car of the Year Japan. A living legend, the MX-5 has held the Guinness World Record for the best-selling two-seater sports car since 2000.