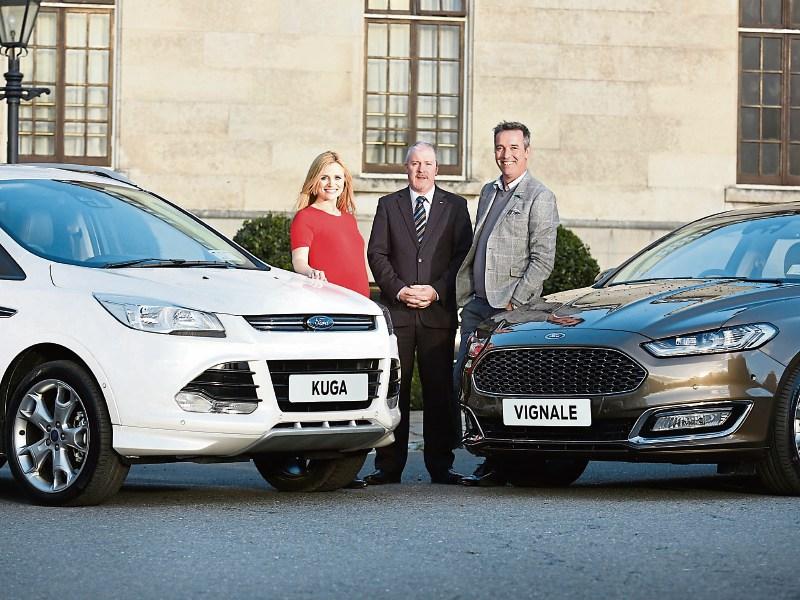 TV3 presenter and busy mum, Karen is driving the new Ford Kuga Titanium which has proved a huge hit during the January/ February 161 sales period. Ford has sold some 563 models of the sleek new Ford Kuga making it one of the top-selling vehicles so far this year.

Underlining the success of Kuga during this period, the sales figure so far in 2016 is more than the total year’s Kuga sales tally for all of 2015.

Chef Kevin Dundon who has recently launched his own range of craft beers under the Arthurstown Brewery brand, received the keys to his new Mondeo Vignale.

The Mondeo Vignale is the first in what will be a range of models that will carry the Vignale brand.

The Vignale range are specially manufactured premium versions of Ford models, including Mondeo and, later this year, S-MAX and Edge.

However, Ford Vignale is more than just a range or specification, Vignale customers will discover a level of personal attention way beyond what they have experienced before.

With a personal Vignale Relationship Manager for each customer, the concept of personal attention is taken to a totally new level in the Vignale experience.

Ciarán McMahon, Chairman and Managing Director of Ford Ireland, said: “We are delighted to present these sparkling new 161 registration models to Karen and Kevin – they are two of our most eye-catching Ford cars and we wish Karen and Kevin many kilometres of happy and safe driving in them.”