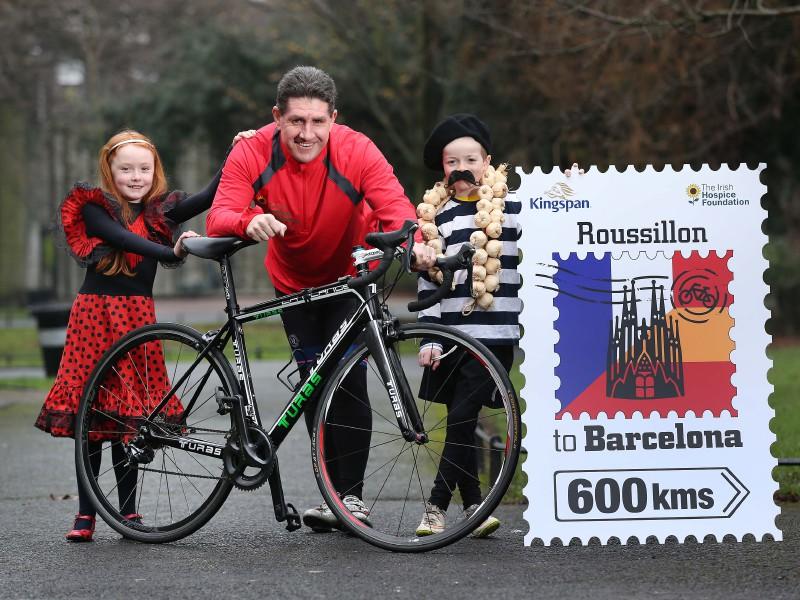 Sports journalist and former professional cyclist Paul Kimmage is hopping on his bike this summer as he prepares to tackle the Wild Mediterranean Way Cycle Challenge in aid of The Irish Hospice Foundation (IHF).

As he gets ready to lead out on the 600km cycle from Southern France to Spain this June, Paul is calling on cyclists from Offaly to put their wheels in motion to raise funds for the IHF’s Nurses for Night Care service.

In 2015 the service provided over 1,700 nights of free nursing care to 520 families in Ireland, and the demand is growing year on year.

The cycle will take place from June 18th to 24th – with cyclists starting off in Roussillon in France before pedalling their way through Spain and into Barcelona. Along the way cyclists will have the option of testing themselves on challenging climbs including Coll Formic and the Sant Hilari Sacalm.

Sunday Independent journalist Paul Kimmage is back in training as he prepares to get on his bike in aid of the IHF for a second year in a row.

Launching the cycle he said, “At some stage we will all need end of life services – and many of us will know someone who needs them now. One such service which offers great comfort to families around the country is the Nurses for Night Care Service. Last year on the cycle I was privileged to hear personal stories from other cyclists who benefited from the work of the Foundation and it spurred me on to get back in the saddle for a second year. I’m really looking forward to taking on the challenge again and I am encouraging cyclists of all abilities from Offaly to join me on this superb route and benefit a really worthy cause.”

Since the cycle challenge began in 2009, over €1m has been raised to support the work of the IHF. In the past all ages have completed the cycle - from 20-year-olds, right up to male and female cyclists in their seventies. Couples, siblings, colleagues, friends and cyclists of all abilities have all come along for the adventure.

Sharon Foley, CEO of the IHF, commented, “We are delighted that Paul is joining our cycle again this year – to have a cyclist of his calibre support this important fundraiser not once, but twice, is wonderful.

“Each year the demand for our Nurses for Night Care Service grows – and we are determined to continue to support people so they can fulfil their wish to die at home. We receive no core state funding so the cycle is a hugely important fundraiser for us. By getting ‘on your bike’ people can make a real difference to end of life care in Ireland.

“Our thanks to our sponsors Kingspan for their continued support and to all the cyclists that have fundraised so hard for us in the past. We look forward to welcoming some new and also familiar faces on the Wild Mediterranean Way Cycle this year.”

Participants on the cycle have a fundraising target of €2,990. A discount rate is available for those signing up as a team of four, or for introducing a friend to the cycle.

A full training guide is provided and the team in Cycling Safaris are available to advise and help those thinking of taking on the challenge and those signed up for the cycle.

For more information on registration and the cycle see www.hospicefoundation.ie