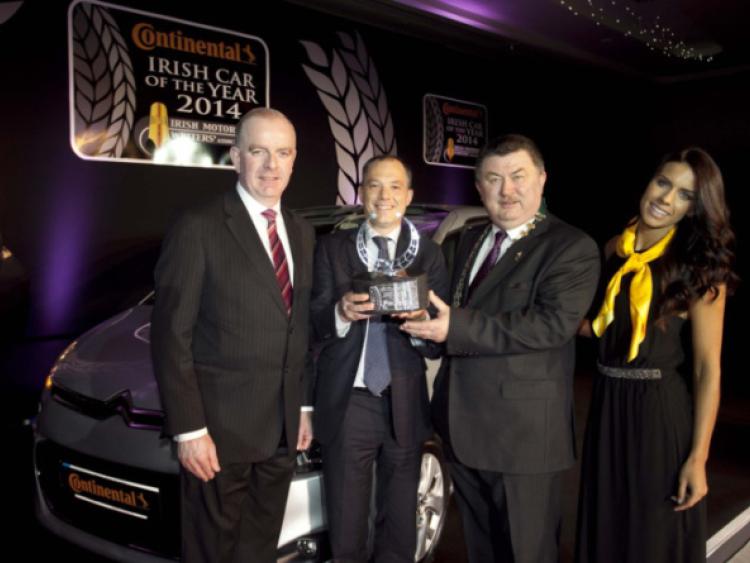 The Citroen C4 Picasso has been voted Continental Irish Car of the Year for 2014 by the Irish Motoring Writers Association.

The Citroen C4 Picasso has been voted Continental Irish Car of the Year for 2014 by the Irish Motoring Writers Association.

The winner was revealed at an awards ceremony in the Crowne Plaza Hotel in Dublin, in front of an audience largely made up of motor industry representatives.

The Citroen C4 Picasso received 377 votes from the Irish Motoring Writers Association (IMWA) jurors, ahead of the VW Golf (364 votes) and the Mazda6 (327 votes). It is the third time that Citroen has taken the overall Continental Irish Car of the Year title, after the Citroen Xsara (1998) and the Citroen C5 (2009).

Members of the IMWA awarded their votes on the basis of key criteria including safety, equipment level, fuel economy, comfort, practicality, ride and road-holding.

The trophy was presented to Frederic Soulier, Managing Director of Citroen Ireland, by Tom Dennigan of Continental Tyres Ireland, who commented: “The Citroen C4 Picasso is an outstanding car and a worthy winner of our main award. It combines excellent driving qualities with a range of truly impressive technologies, and is a credit to everyone connected with Citroen.”

In addition to the overall award, five other category winners were also announced:

Meanwhile, the award for Continental Irish Van of the Year 2014 went to the Mercedes-Benz Sprinter.