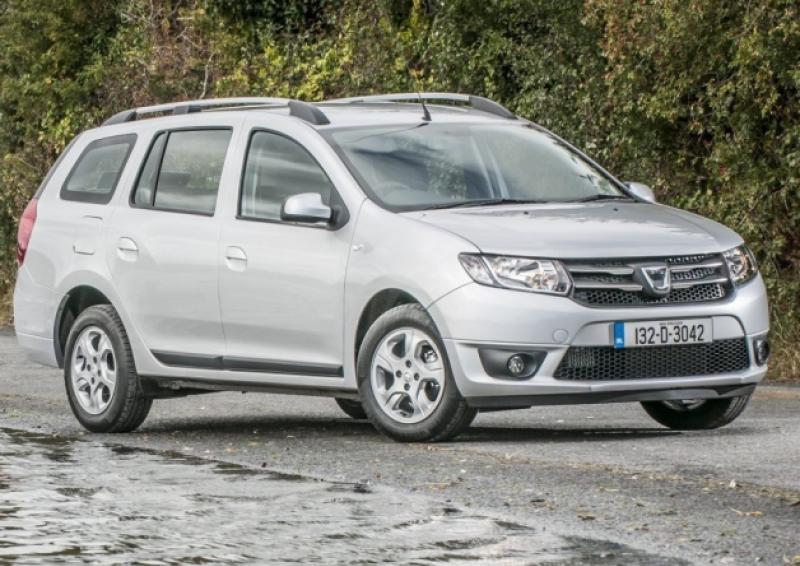 Dacia have launched an assault on the European car market, such a big assault that Volkswagen are in the process of creating a sub-brand to compete with them but VW can’t figure out how Dacia can make cars so affordable and yet seem decent.

Dacia have launched an assault on the European car market, such a big assault that Volkswagen are in the process of creating a sub-brand to compete with them but VW can’t figure out how Dacia can make cars so affordable and yet seem decent.

Dacia have the Duster which, if you look on roads in France, Spain and Germany you’ll see everywhere.

There’s the plucky Sandero which James May off that TopGear show seems to like very much and I don’t blame him because it’s a good car. Dacia had nothing in between these two cars, enter the Logan MCV.

Strange name aside, the Logan is an estate version of the Sandero but don’t let that fool you into thinking that the Logan is small; it isn’t.

The boot is 573ltrs with all 5 seats up and a massive 1,518ltrs when you drop them, it feels like a van inside so it’s great for the Ikea run so you can pay somebody else for the privilege of building your own furniture.

The Dacia range takes the outgoing Renault parts bins and rummages out all of the good stuff then puts them into a new car.

It’s that simple, the expensive bits of a car are the chassis, engine and running gear after that you just press some steel and plastic and bolt it on.

Renault have done all the development and testing because the Logan runs on the chassis of the old Clio, there’s nothing wrong with that because the old Clio was a fine car to drive.

They also take the engines, my test car comes with the 1.5dci engine that you’ll find in most Renault/Nissan cars but it also comes with a 1.2 petrol.

Both engines have been around for years and they won’t go wrong.

While I’m on engines, the 1.5dci returned 4.8l/km over the week, in fact the needle didn’t move for the first 300kms.

I did nearly 500kms and dropped it back with 800kms left in the range which is the best yet; if it’s true.

Now you might think there’ll be a Spartan interior because the price starts at €11,190 but even the entry level “Alternative” comes with bluetooth, ABS, ESC, ASR, front electric windows and all manner of other goodies.

The “Signature” adds things like cruise control, heated door mirrors, alloys and lots of other bits making the price €13,190 in petrol 1.2.

If you want a diesel I’d take the Signature version because the top spec comes in at €15,690 and that’s almost the same price as a 5 door VW Polo with a petrol engine.

There’s no doubt that Dacia have value for money in mind with the Logan.

It’s not the greatest drivers car, the suspension is a little on the firm side over the bumps and the gearbox is a bit French and vague but then, with the price tag you weren’t expecting the Logan to lap Mondello or anything.

The Dacia Logan does nothing wrong that can’t be forgiven by looking at the price you paid, there’s even a 5 year warranty and finance, tax is even €180 a year on the diesel engine.

I know some of you worry about brand snobbery but remember when Hyundai started? It’s time to look at Dacia in a new light.

** Designed at Renault’s Technocentre near Paris, the Logan was the result of four years of development of the project X90, announced by Renault in 1999, after the buyout of Dacia in 1998.