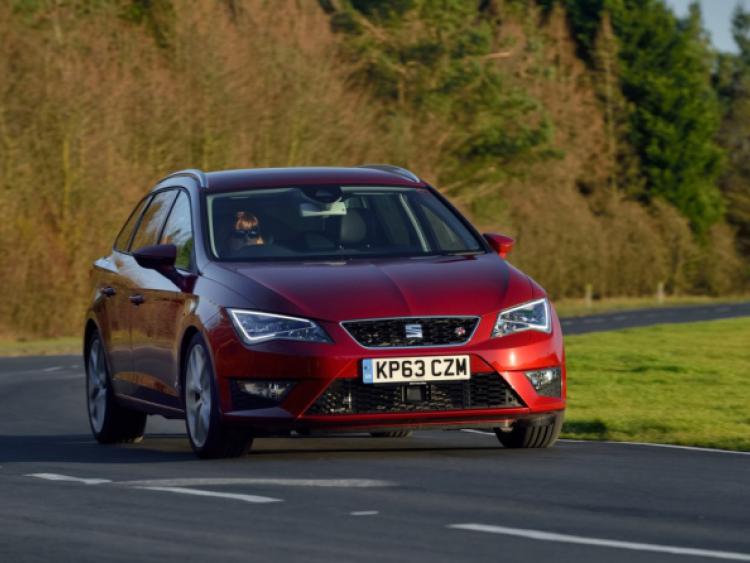 We love it in five and three-door forms, but now Seat has introduced an estate version of its Leon. Is anything lost in translation aks Matt Joy, Press Association Motoring Editor.

We love it in five and three-door forms, but now Seat has introduced an estate version of its Leon. Is anything lost in translation aks Matt Joy, Press Association Motoring Editor.

One truism of the car world is that if you have a successful model, try and spin as many other models off it as you possibly can. Nothing wrong with that of course, particularly when it comes to widening the potential audience.

Seat has done well with this approach before and is doing the same with its excellent Leon. First we had the five door, more recently there was the sportier three-door SC and now there’s the eminently practical ST.

First impressions: It shouldn’t be too hard to spot. You’ll recognise the handsome nose and sharp creases that have become a key part of the Seat look, only at the rear it now flows into a neatly designed estate tailgate. Some might see the term ‘estate’ as a byword for unglamorous practicality but those days are long gone; the Leon ST is slick, sharp and thoroughly modern.

The other important bit is in place too, namely space. With a modest length increase of 27cm over the five door the Leon ST hasn’t turned into a parallel parking nightmare, but the boot space is usefully larger. With the seats up there is 587 litres on offer (almost 200 more than the hatch) and with the seats down there’s a massive 1,470 litres.

All versions regardless of spec also have a moveable boot floor, giving you a useful separated storage area beneath or the one giant area, plus a 12v power socket and a through hatch, useful for long loads. An option is a folding front passenger seat too for serious load carriers. SE models and above get a handy release in the boot for dropping the rear seats, the kind of detail that makes it so easy to live with.

Drive time: You might expect that the transformation into an estate means compromises in the way the Leon drives, but in reality it’s easy to forget you’re in the ST once behind the wheel. The same refreshingly simple and well-specified cabin greets you as you climb in, and you and your fellow passengers enjoy as much room as in other Leon models. The layout is easy to get to grips with, while the finish and the standard of materials is significantly better than the previous model. The Leon is a quality item, regardless of the bodystyle.

The engine choice is usefully broad too. Petrol engines start with a surprisingly flexible 1.2-litre TSI unit, with a 1.4-litre TSI and powerful 1.8-litre version at the top. Diesel engines include the 1.6-litre TDI including in super-frugal Ecomotive guise (capable of 85.6mpg combined) rising to the full-house 184PS 2.0-litre TDI.

It may be the most expensive choice but that top diesel engine also gives you the most impressive overall package. It’s as quick and responsive as the figures suggest, with more torque than you could possibly need yet the possibility of over 65 miles per gallon. It’s smooth and powerful, making life very easy for the driver.

The verdict?: The Leon should be on your shopping list anyway, but if you don’t think the hatch is quite big enough then the ST solves all your problems. Don’t think about buying a compact estate without taking a close look.