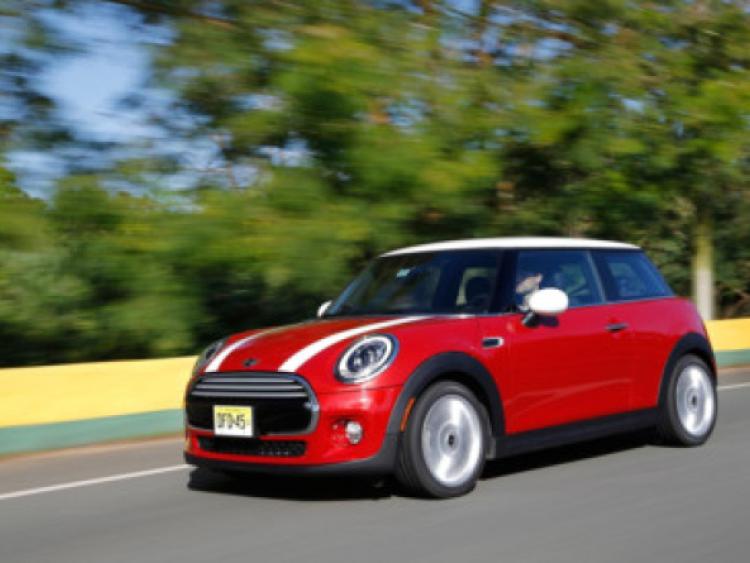 Third time is set to be the charm for BMW as it launches a bigger, better Mini with a greater accent on economy, performance and a premium feel, writes Iain Dooley, Press Association Senior Motoring Writer

Third time is set to be the charm for BMW as it launches a bigger, better Mini with a greater accent on economy, performance and a premium feel, writes Iain Dooley, Press Association Senior Motoring Writer

It might have grown slightly but there’s no mistaking the oversize headlights and signature grille - it can only be a Mini.

That’s all that’s familiar about BMW’s third-generation hatchback, though. Underneath the iconic shape lies an all-new platform, engines and transmissions plus an increased focus on delivering an engaging yet refined driving experience.

And while the new car has grown slightly in all dimensions - it’s 98mm longer, 44mm wider and 28mm longer between the wheels - the basic proportions and design cues remain.

How it looks: Inside the cabin the car’s trademark oversize central speedometer has been re-purposed to house the infotainment screen and the traditional key has been ditched in favour of a funky backlit engine start toggle switch.

The good news extends rewards, as rear seat passengers now have more room - an old Mini bugbear - and the boot is a sensible size. It’s still a bit of squeeze to get in the back but once installed it’s noticeably more comfortable, while folding the rear seats further enhances the car’s versatility.

How it drives: Cooper and go-faster Cooper S models make up the range at launch, with the former utilising BMW’s new 1.5-litre three-pot petrol motor and the latter a new 2.0-litre petrol unit. All engines are now turbocharged, and significant economy and performance gains have been made across the board.

In popular Cooper guise, the car’s new motor puts out a useful 134 horsepower enabling the zero to 62mph sprint in a brisk 7.9 seconds. Also, power comes in much lower down the rev range, saving you much stirring of the admittedly slick manual gear shift.

And the best news? You can have all this performance while enjoying an official combined economy figure of 62.8mpg and a tax-dodging 105g/km CO2 emissions rating.

It’s the same cake-and-eat-it scenario out on the road. The Mini Cooper delivers an engaging driving experience, while at the same time maintaining a high level of comfort and refinement across a wide range of road conditions.

The car’s electric power steering gives nothing away in terms of feel and does much to contribute to the previous car’s ‘go kart-like’ sensation that BMW is so keen to maintain, while engine response is right up there with dedicated sports cars. The three-pot turbo motor even sounds the part, emitting a gruff, purposeful note when you’re pressing on.

But it’s the car’s ride and grip levels that impress most. The combination will flatter less experienced drivers and do much to keep them safe if they inadvertently test the limits of their talents, yet the potential still exists for keen drivers to fully exploit the Mini’s playful character.

And unlike it’s predecessor, this third-gen Mini’s ride boasts a more supple and mature character, resulting in a vastly more enjoyable experience when encountering poorly surfaced urban streets. The end result is a fluid ride and enjoyable, confidence-inspiring time behind the wheel.

How to sum it up: The important thing to take away from this all-new Mini experience is that, while the car has grown slightly in size, is more refined and comes with all the toys you’d expect to find in more grown-up cars, BMW has ensured that the fun factor remains right at the heart of the driving and ownership experience.