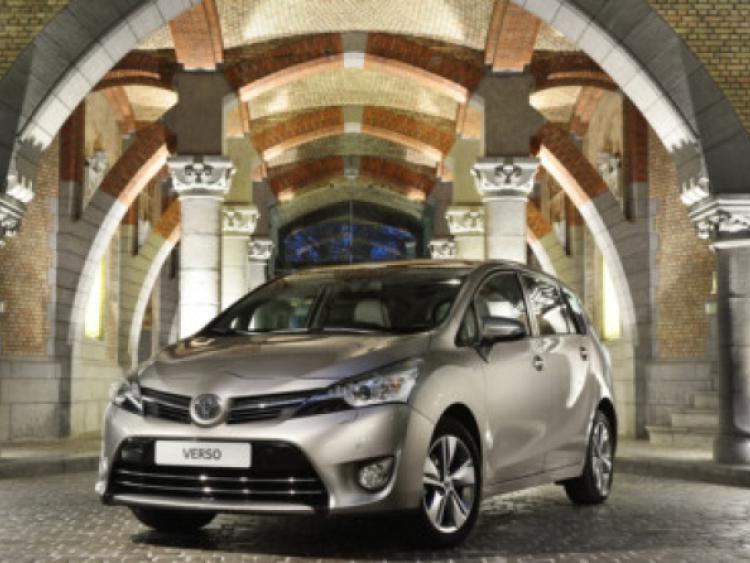 Sometimes the biggest obstacle you can face is the simple fact that you’re not a trendier something else.

Sometimes the biggest obstacle you can face is the simple fact that you’re not a trendier something else.

Ultimately they’re a similar size, with similar driving positions and similar engines, so it’s no wonder Toyota has been scratching its metaphorical head. The problem was judged to be the lack of an eco-bananas 1.6-litre diesel, so thanks to a new partnership with BMW, that’s changed.

The 2014 Verso has a host of small detail changes and quality improvements. That’s all well and good, and while the cabin still feels distinctly Toyota the real meat of the new model is its engine, and what Toyota has done to it.

The 1.6-litre four-cylinder diesel has been pinched from the Mini, where it has been reliable enough to catch Toyota’s eye. The Verso is a heavier car though, so rather than try to change its power delivery, the firm has focused on refining it; making it as useful in day-to-day driving as possible.

And they’ve done a remarkably good job. Toyota’s engine mounts are different, designed to absorb more of the compact diesel’s vibrations and prevent them from reaching the driver and passengers. As long as your hands aren’t resting on the interior trim, vibrations are almost undetectable.

This distillation extends to the stop-start system, which uses an uprated starter motor to kick the engine into life. This kind of stop-start process can rattle your fillings out if it’s badly set up, so Toyota, believing that the Verso will spend most of its life in traffic, has smoothed out the restart into a buttery-smooth process that offers all the disturbance of a passing moth.

From the driver’s seat, there’s more to appreciate, from the myriad storage compartments to the near-ideal driving position. The seats themselves are flat-based and offer little in the way of lateral support, but for gentle cruising they are comfortable. There’s a good view out of the Verso in all directions, too.

On paper the borrowed engine looks a little feeble next to the competition, but the reality belies the numbers. The Verso never really feels out of its depth and pulls strongly through the gears with two people and luggage on board. It’s quiet below 2,500rpm, but a boot-full of throttle will see it get a little rowdy.

The middle row of seats is mightily spacious, with child seat attachment points on the outer two perches. The third, fold-away row is definitely for occasional use only, but as kids always seem to travel with friends, it might come in very handy.

A perennially comfortable ride seems to sum the Verso up. It’s not a new-fangled exciting crossover and it makes no pretence to dynamism. But it’s well thought-out by people who know how to make a great everyday family car, and the new engine is a perfect fit. It deserves to do much better this year.