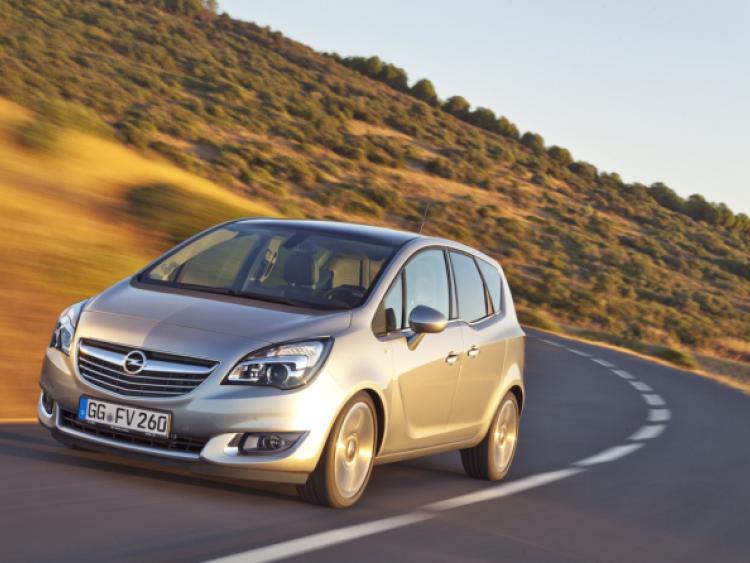 Opel’s Meriva will come of age when it goes on sale in Ireland next year with a new look, class-leading diesel engine and a new multimedia system, called IntelliLink.

Opel’s Meriva will come of age when it goes on sale in Ireland next year with a new look, class-leading diesel engine and a new multimedia system, called IntelliLink.

It will celebrate its world premiere at the Brussels’ Motor Show January 16-26, 2014.

Launched in 2010, the second-generation Meriva turned the compact MPV class on its head, with its clever FlexDoors system; rear-hinged rear doors which allow a 20 per cent larger opening for passengers – and FlexSpace system, which allows rear passengers a variety of different seating combinations.

Now more sophisticated, more efficient and more functional than ever, the Meriva gets a new grille, chrome accents that frame the front fog lamps and newly-designed headlamps with an ‘eagle-eye’ graphic. For the first time, optional LED daytime running lights and LED tail lights will be available.

Opel’s all-new 1.6 CDTi diesel engine will also be available in the Meriva. The Euro-6 compliant engine, which is already setting a high benchmark in the industry for efficiency and refinement, this ultra-refined whisper-diesel, the quietest in its class, is initially available in the power variant 136hp that delivers 320 Nm of maximum torque. It consumes just 4.4 liters per 100 kilometres and emits 116gm/Km of CO2. This equates to a 10 per cent improvement in economy and emissions over the 1.7 CDTi, which the new unit replaces.

Diesel engine performance from the new Meriva has also been improved in the 1.6 CDTi model, which accelerating from 0-100Km in 9.1 seconds, nearly a second quicker than the 1.7 CDTi, thanks to its additional 6hp and 20Nm of torque. Meanwhile the popular 1.3CDTi will also be available. The Meriva’s engine range will include the 1.4i petrol engine with 100hp is now fully Euro-6 compliant.

A separate pricing and trim announcement will be made when the new Meriva goes on sale and is expected in Ireland in the second quarter of 2014.