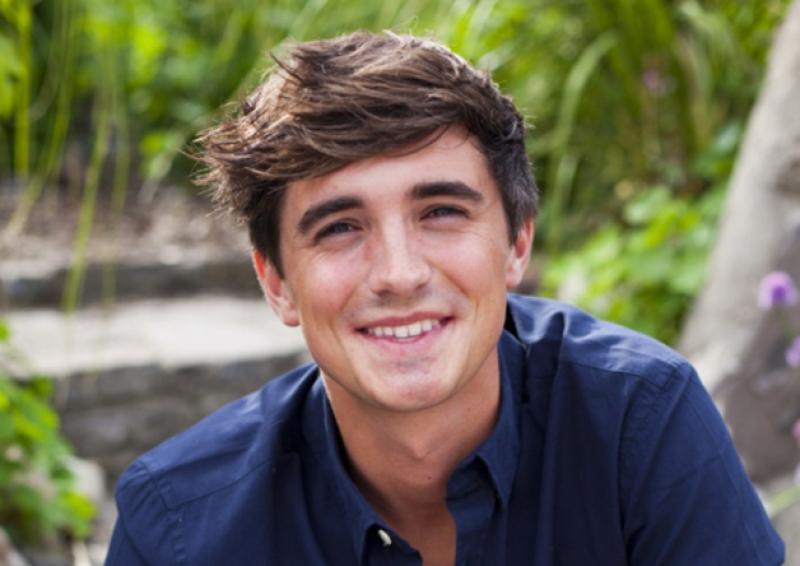 You love food and you want to cook like a pro then this is for you as RTÉ One’s Kitchen Hero, Donal Skehan embark on his first live HomeCooked Tour in venues across Ireland.

You love food and you want to cook like a pro then this is for you as RTÉ One’s Kitchen Hero, Donal Skehan embark on his first live HomeCooked Tour in venues across Ireland.

One of his stops along the way will be in Birr Theatre and Arts Centre on November 22. Here is your chance to take your cooking to an entirely new level with Donal Skehan on his first live HomeCooked Tour

You will see Donal cook up delicious HomeCooked meals live on stage, with lots of fun and loads of food on his HomeCooked Tour. He will demonstrate a selection of recipes at each venue and you get to take away a copy of the recipies. And you can say hello to Donal in person! Here is your chance to become a confident cook when you join Donal Skehan, Kitchen Hero, The HomeCooked Tour Nationwide from 1st November – 27th November 2013. Tickets at just €20 are on sale now.

It has been an amazing year for Donal Skehan from cooking with Jamie Oliver to his role on the highly successful BBC Junior MasterChef. You’ve seen Donal on RTÉ One’s Kitchen Hero, now come to his first live HomeCooked Tour this November.

Donal’s new book HomeCooked will be released in October 2013 to coincide with the tour backed up by a series of online videos and full media campaign. He will be Joining UK MasterChef judge John Torode for the second series of the highly successful Junior MasterChef on BBC One which is confirmed for 2014. The new series of Kitchen Hero will be back on our screens on November 6th.

After cooking alongside Jamie in London, he is now in talks to become a YouTube partner with Jamie and will launch his own YouTube channel this Autumn.

For the last month Donal has been travelling across Italy recording a new cookery series called “Grandma’s Boy” where he visits Italian grannies and they teach him their classic recipes. In Donal’s words, “It’s been great craic altogether and the grandmothers are brilliant!” It will broadcast across the FOX network worldwide in 2014.

His newly launched online quarterly food magazine FEAST! A Dinner Journal, has been read by over 1 million people worldwide since the release of its first issue in May.

This 25 year old food writer and Television presenter has written three cookbooks. He has presented two 14 part primetime Irish TV cookery programmes which have also been broadcast in the UK, France and Brazil. And his books have been translated into both German and Swedish. In March 2012 he was invited as a guest to appear on the Today Show on NBC and cooked up a storm! He won Best Irish Food Blog in 2010 and his book “Good Mood Food” beat off stiff competition at the highly respected Irish Book Awards and won the best Irish published book category. In October 2012 Donal was announced as the brand new presenter of BBC’s Junior MasterChef.

Join Donal Skehan on his first live HomeCooked Tour in venues across Ireland throughout the Month of November. Mark the dates in your diary.