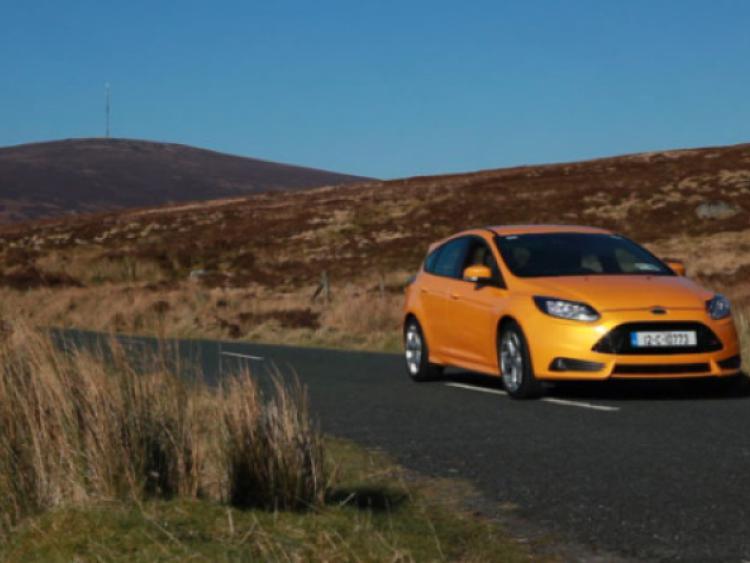 There are some cars that make you sit up and think “I might be out of my depth here”.

There are some cars that make you sit up and think “I might be out of my depth here”.

These cars tend to be mile-munching, Bavarian, petrol-drinking lunatics.

The thing about these cars is they tend to be out of the reach for the mortals among us – the prices of these kind of performance cars is astronomical.

Even the running costs will make your eyes water. This is precisely why we have the Hot Hatch.

The humble hatchback gets a big engine and lots of horsepower – and that’s the ethos behind the hot hatch mentality.

This week, I have one of those types of car - the Ford Focus ST. Only its mentality is unstable, and by that I mean, you’ll never know when it’s going to bite your head off, and that’s a wonderful experience for a driver.

From the outside, it looks like a slightly more muscular Focus five-door hatchback – albeit in tangerine orange – but looks is where the similarities end, because underneath it’s a pure-blood mean machine.

First off, there’s the engine, It’s powered by a specially developed direct-injection 2.0 litre, all alloy, turbocharged, four-cylinder EcoBoost engine with a 250PS output.

This means it’s not only fast but it’s light too, and that means it’s economical, returning to me 7.0ltrs per 100kms over the week.

That’s very good for a standard petrol car, but especially for one that can get from 0-100kph in under six seconds; I actually got there in 5.7 seconds which is faster than Ford say it can do.

It’s not all performance figures either, there’s actually a lot of sensibility in the Focus ST.

Firstly, it’s a five-door and that means it’s usable day-to-day for the school run or shopping – you can just get these rather mundane tasks done a bit quicker with 250ps.

There’s a decent boot in it too, it’s all basically the same as a standard Focus on the inside save for the ST logo written on everything.

It’s the outside that has had the changes, you can tell that the car is much more butch and tough looking.

It’s wider and longer than a standard Focus, it also has stiffer suspension and a strengthened chassis.

It needs it, because there are times when the ST wants to pull your head clean off, it is rather like that real deal football hooligan, you know the one that has the tattoo of something offensive on his forehead?

That’s what the Focus ST is, you might start the argument with the go pedal, but the ST will finish it.

Just when you think you’ve found the limit of grip, the Focus finds some more and then the problem, you’ll never know if it has full grip, it’s oversteering or going straight on; there will always be that fear that you might not make the next corner, that putting on that extra quarter of an inch in throttle might put a grin on your face or put you in the hedge.

This car isn’t for amateurs – on the track. it’s a fantastic mix of steering lock and pure grunt. but on the road. it’s either an average Ford Focus or a stone mad race car and it’s this mix that makes it the most exciting, crazy, rollercoaster ride on the market.

All that said, there is a practical side to the ST. because it’s still a five-door hatchback with a decent boot so it can be used everyday for everything you would normally do.

The back seat is plenty big enough for both kids and adults, there’s air con and a very decent radio, although it could do with cruise control for the longer motorway bits.

The Focus ST is not the fastest car that Ford make – that’s the RS and that’ll be due here next year sometime.

There’s also the Fiesta ST which has just been released, and although I haven’t driven it, I hear it’s good too.

Ford are putting a lot into the fast cars this year, which makes me think that they are leading the way in putting some fun back into the model line-up.

I think everyone needs a lift now, and always banging on about fuel economy figures and tax bands does get a little boring, so take hope, motorheads – Ford are about to bring driving for fun back.

You can talk to the lovely people in Finlay Ford 045 431725 about experiencing the ST for yourself – it’ll put a smile on your face, I promise.