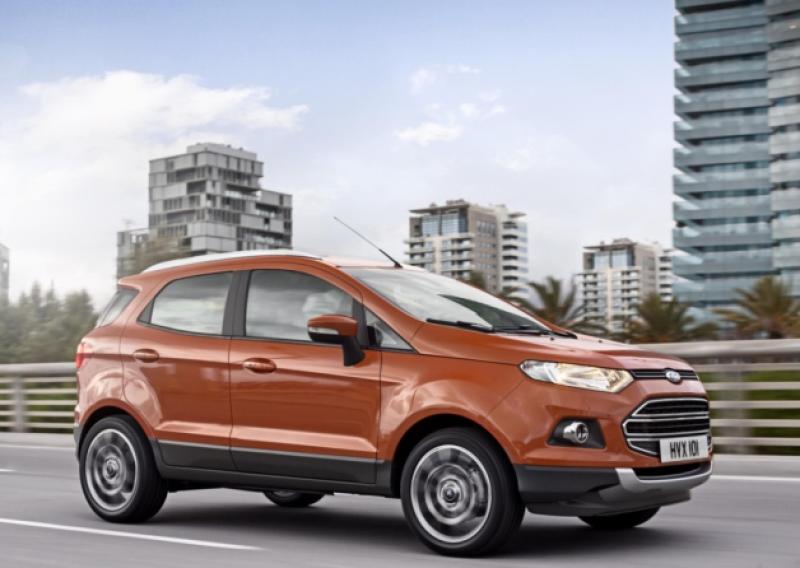 If you’ve been looking for a mini SUV recently you may have noticed the absence of Ford representation in what’s become a rapidly growing market sector.

If you’ve been looking for a mini SUV recently you may have noticed the absence of Ford representation in what’s become a rapidly growing market sector.

The Blue Oval has finally fixed this omission with the EcoSport, a car boasting familiar Ford driving and design characteristics plus a trio of engines promising to be kind on your wallet.

As befits a market sector focused more on urban agility than the ability to climb every mountain, the EcoSport is front-wheel drive only. Up front you’ve the choice of Ford’s awarding winning three-cylinder, 1.0-litre EcoBoost petrol motor, a conventional 1.5-litre petrol and frugal 1.5-litre, four-pot diesel unit.

Riding more than a little higher than a Fiesta, the EcoSport offers drivers a commanding view of the road. Despite its ‘compact’ tag, Ford’s mini SUV’s cabin is surprisingly spacious, and there’s enough room for four adults, or more importantly a growing family.

Bash-proof plastics abound in the cabin, which, while coming close to that of a Fiesta or Focus, are the obvious sign of the EcoSport’s low cost roots. Still, what you can see and touch is of a good standard, and the controls and displays will be familiar to existing Ford owners.

Showroom appeal is all very well, fortunately the EcoSport also makes a convincing case on the road. While not built for outright speed the car boasts a well sorted ride and weighty steering, which should instil plenty of confidence when on the move.

Much work has been done by Ford’s engineers to tailor the EcoSport to the demands of European roads and its drivers. The bottom line is that a mini SUV drives much like any current small Ford, which is a considerable achievement and should be enough to give its rivals something to think about.

It’s fair to say that, in 1.0-litre EcoBoost trim, the car is best suited to relaxed urban motoring. Brisk performance is easily achievable but push hard and you’ll soon be jealous of the extra torque and smoothness of the diesel motor. The EcoBoost petrol-powered car might be quicker in a straight line but the diesel’s welcome extra slug of torque might be a deal-breaker for some.

The five-speed manual gearshift is slick in both cars, while the added flexibility of the diesel allows you to stretch the EcoSport’s legs on long journeys. Motorway cruising is a doddle plus you’ll need fewer downchanges when attacking hilly terrain.

Other cars might have stolen a march in this market sector but Ford’s EcoSport can stand tall, confident it has the requisite talents to meet many of its rivals head on.

It might not have been first to market but it’s yet another first-rate motor from Ford.