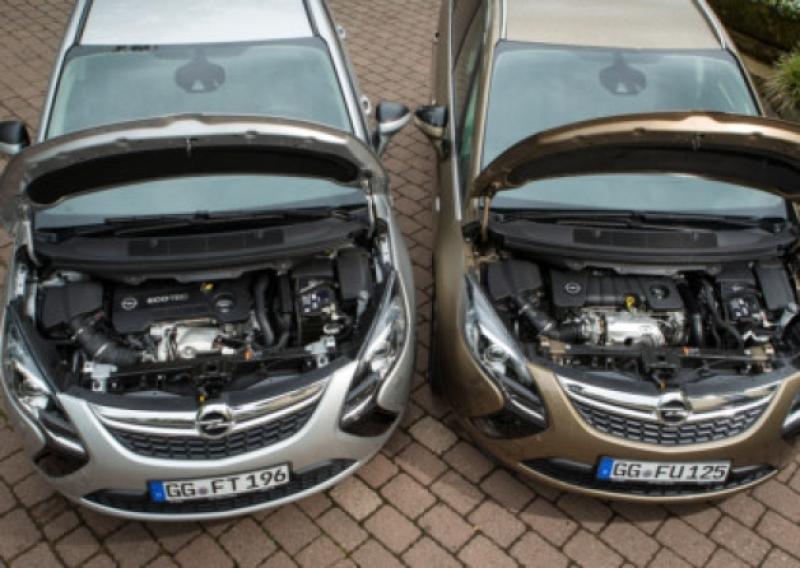 Opel is continuing the renewal of its powertrain portfolio, with the introduction of the all-new 1.6-litre four-cylinder, turbo-diesel engine in Ireland later this year.

Opel is continuing the renewal of its powertrain portfolio, with the introduction of the all-new 1.6-litre four-cylinder, turbo-diesel engine in Ireland later this year.

The Opel Zafira is the first model that will benefit from the major powertrain development programme which will see 80 per cent of Opel’s engine portfolio renewed by the end of 2016.

As part of this powertrain offensive, three entirely new engine families, extending to 13 different engine derivatives with a host of new transmissions, will bring cutting-edge technologies and class-leading performance to a wide range of Opel’s models.

The programme begins with the arrival of the 1.6-litre CDTi diesel and 1.6 SIDI (Spark Ignition DirectInjection) Turbo petrol engines, the first offspring in a new generation of midsize petrol and diesel engine families.These engines and transmissions are focused on meeting a growing customer demand for ‘downsized’ powerplants; offering strong power and torque with reduced fuel consumption and CO2emissions. Class-leading NVH (Noise, Vibration and Harshness), high power/torque density and low fuel consumption were the main development targets.

Featuring closed-loop combustion control and an aluminium block, the new 1.6 is the first diesel engine to comply with future Euro 6 emissions requirements. It will be available in the Zafira Tourer in Ireland in October 2013 and will be introduced in other Opel models over time. Eventually this engine will be rolled out to replace current 1.7 litre and lower powered 2.0 litre diesel engines in several Opel models. In its first execution, the 1.6 CDTi packs 136hp with a torque of 320 Nm, boasting a power density of 85hp per litre which is unrivalled in its displacement class.

When compared to the existing 2.0 CDTi engine with similar power that is available in the Zafira Tourer, it offers a 10 per cent reduction in fuel consumption and CO2 emissions. The combined cycle of fuel consumption equates to just 4.1 l/100 km and 109 g/km CO2; a figure that no other 7 seater MPV (with similar output) can match. In smaller vehicle applications, sub 4.0 l/100 km fuel consumption and CO2emissions near or below 100 g/km is expected. Compliance with the approaching Euro 6 emissions standards (effective September 2015), has been enabled with Opel’s BlueInjection selective catalytic reduction (SCR) system. This system makes the 1.6 CDTi is as clean as a petrol engine in its operation.

Like its petrol counterpart, the 1.6 CDTi also benefits from a series of ‘sound engineering’ measures that minimize noise, vibration and harshness. It has recorded the lowest in-vehicle noise ratings when tested with the Zafira Tourer against other vehicles using 1.6 litre turbo diesel engines.

A high pressure, common-rail fuel system, allied to closed-loop combustion control and strong intake charging from a variable geometry turbocharger (VGT) are key technical features. These functions are controlled by the 1.6 CDTi’s engine control unit which has been developed in-house and will be used in all of Opel’s future four-cylinder diesel engines.

Meanwhile the new 1.6 SIDI Turbo petrol engine, featuring Spark Ignition Direct Injection, develops 170hp and 280 Nm of torque (including overboost). This engine will be available later this year in Ireland in the new Insignia.

Compared to the 1.6-litre turbo it replaces, combined cycle fuel consumption and CO2 emissions have been cut by up to 15 per cent, while torque is increased by 22 per cent. As a result, this engine sets a new benchmark, delivering 12 per cent more torque than its closest competitors in compact models including engines from German premium brands (with power outputs of 150 – 180 hp).

Key to its impressive performance is the introduction of direct fuel injection for improved combustion, as well as a fast-acting turbocharging system for strong pulling power from low engine speeds and a series of ‘sound engineering’ measures to ensure quiet, smooth running.

Opel has invested more than €50 million at its European facilities in improving its current five and six-speed manual transmissions. These six-speed manuals will be class leading for fast, smooth shifting.

Numerous revisions to the transmission internals and shifter mechanisms have been made enabling a significantly reduced shift travel with very low shift lever forces. For the driver, this deliveres a more connected feel, allowing the shift lever to ‘snap’ easily into position with a minimum of effort.